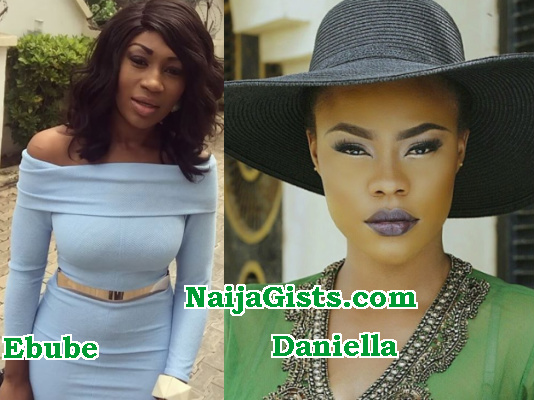 According to an insider, Ebube who recently achieved a killer figure, courtesy of her new personal trainer reportedly snatched Daniella’s boyfriend at bed point and the man is yet to look back.

The source said Ebube met Daniella’s wealthy boyfriend at a function in Lagos but didn’t know he was seeing the actress at the time, that was how they started a secret romance that caused heartbreak for Daniella.

In the past 24 hours Ebube and Daniella have been trading words on Instagram.

Who go settle them now??

Make Ebube surrender o because Daniella have vowed to fight back.