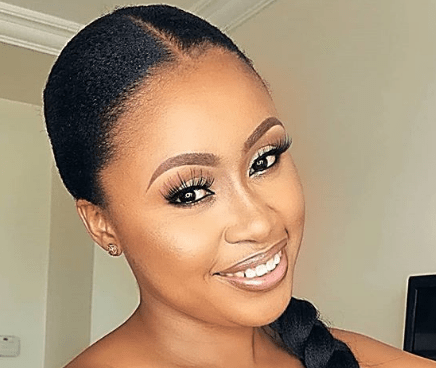 Nigerian actress, Padita Agu, put up a 25-minute Instagram video few days ago where she spoke on her three year old failed marriage.

The video which is also on YouTube had the title, “How I married my ex-husband the first day I met him.”

Padita narrated how she got married to her ex-husband the very first day they met after maintaining a long distance relationship over the phone.

According to her, she met her ex-husband at a friend’s house. She had gone to the friend’s house to console her and this friend later called to tell her that the man who was in her house when she came visiting, was interested in her and wanted her number.

Padita who was in a relationship at the time, said she turned down her friend’s request to speak with the man. Her friend pressured her so much and she gave in to her friend’s request and decided to speak with the man. At the time they spoke, the man was living outside the country. After much communication via phone, they started to talk about marriage. It was in one of their many conversations that he sold her an idea that she says she regrets till date.

The actress revealed that the idea was for them to meet at a registry and get married immediately and if either realise they do not want it anymore, as quietly as they did it, they would just go and undo it.

Coming after the post, which she already pleaded not to be criticise but shown love, for she was naïve at that time said she was overwhelmed by the outpour of love and support from followers and colleagues.

“Wow!!! I am overwhelmed with love at your response, love and support. I mean I wanted it, but I wasn’t sure you’ll give it. This ordeal happened almost 15yrs ago and I have lived with it. I was so ashamed and embarrassed to talk about it, for fear of people calling me STUPID.

“But it hit me when I came across few out of many young ladies already in and about to dive into the same mistake I made, and then I realized my shame is not worth lives wasting. So I spoke up damning the backlash. But you all shocked me instead. The out pour of love and support.”