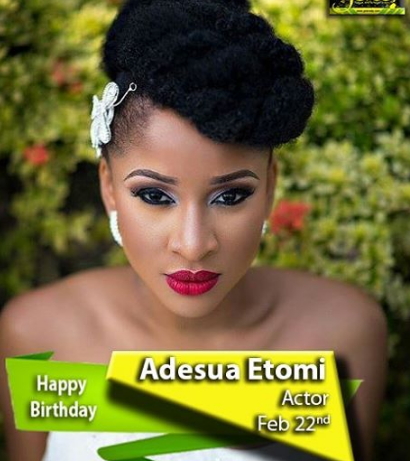 The actress who started her acting career in April 2014 was born to a Yoruba mother (a civil engineer) and an Esan father ( a soldier) in Owerri Imo State on the 22nd of February 1988.

Miss Etomi who has featured in so many popular movies has added five prestigious awards to her self since she started in 2014.

Continue Reading
You may also like...
Related Topics:adesua etomi real age, how old is adesua etomi