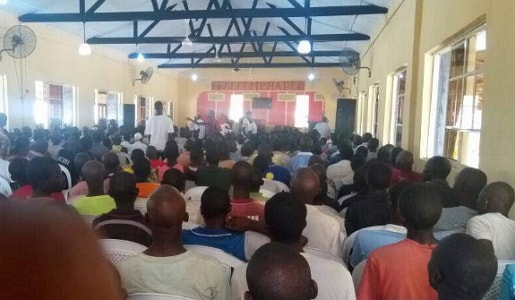 The Lagos State Prisons Command Controller General, Tunde Ladipo has revealed that there is now a renewed interest in education among inmates across prisons in the state.

Ladipo said the courage exhibited by two inmates doing their PhD had caused a new zeal for academic pursuit among other inmates.

“The command is committed in ensuring that no inmate is left behind in terms of education, as this is part of the reformation we are carrying out.

“Sometime around May or June, two of the inmates, who have acquired their master’s degrees, enrolled for their PhD at the newly-established National Open University of Nigeria (NOUN) centre at the Kirikiri facility.

“One of the inmates is studying Business Management and the other, Peace and Conflict Resolution. The vice chancellor of NOUN, who presented them with the letter approving their PhD courses, said it is tuition free.”