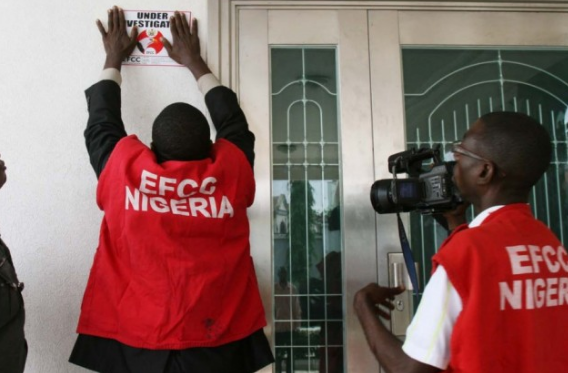 The Federal Government has in its possession a list of such Politically Exposed Persons( PEPs) and their assets.

The current trip by Malami and Magu comes on the heels of on the spot investigation of the bank accounts and landed properties of the affected suspects by a team of EFCC detectives,sources familiar with the matter said yesterday.

It was during one of the trips that the detectives uncovered two luxury apartments, worth 74m Dirham, which they believed to belong to former Petroleum Resources Minister Diezani Alison-Madueke in Dubai.

Others exposed by the investigation to have looted cash and properties in Dubai include a former First Lady, five ex-governors, six former ministers, a former Comptroller-General of the Nigeria Customs Service( NCS), and one or two former presidential aides.

One of the sources said yesterday that the Malami/Magu trip is a follow up to “the pact between the Federal Government and the UAE authorities last year.”

The source said the list of the suspects “will be submitted to UAE authorities for verification and confiscation. The UAE government has promised the Federal Government that it will not shield any suspect.

“Some of the assets under investigation have been traced to some serving and former governors, ex-ministers and some beneficiaries of the $2.1billion arms scandal.