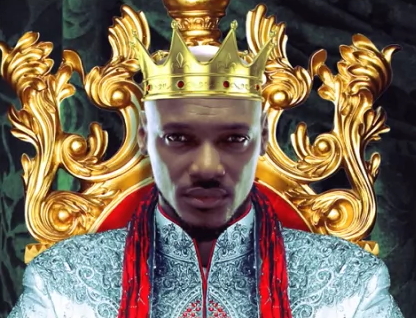 The planned peaceful protest by 2face Idibia against the Federal Government is one that requires extra-ordinary care. 2face like every other Nigerians has absolute right to register his discontent against whatever injustice he feels.

What Nigerians should be concerned about is the message and not the messenger. There is no denying the fact there is hardship in the land but is President Muhammadu Buhari responsible for this? Certainly not.

How did we get here should be the ultimate question on the lips of every Nigerian, at least Nigerians all agree that PMB never stole from our treasury since ascendancy and that economy recession we are facing today is a combination of accumulated corruption and collapse of crude oil price at international market.

Those questioning the legality of 2face Idibia’s peaceful protest are the real enemies of Nigeria. For all we know the musician is a freedom fighter as evident in most of his music tracks indicating how to right wrong both in governance and life generally. His personal life has nothing to do with it. However whether he is been sponsored by the opposition remains to be judged.

We must keep in mind that peaceful protest against policies of government is not unconstitutional rather an eye opener as it enhances positive direction towards good governance. More so, peaceful demonstration is not an assassination of PMB led administration politically but rather telling the government of the day to wake up from its slumber and do the needful.

We would be appreciative henceforth if Nigerians are beginning to organize solidarity support for PMB anti-corruption drive devoid of ethnic, religious and political affiliation against corrupt officials. These individuals are the real reasons why Nigeria is in recession today but instead they are wishing the President dead, deceiving the gullible using propaganda and blackmails all to ridicule the effort of Mr. President.

The law are meant to be respected and for those taken laws into their hands should have a rethink that this government meant well for the nation as there is light at the end of every tunnel. Yes, the government might not be right all the time and this explains why constructive criticism and solution are always welcome.

We all know how corruption is fighting back using several means but the entire episode of this protest would be a complete mockery if the opposition takes the leading role. This is ironical in every sense of it. First and foremost the PDP sympathizers and corrupt politicians have no moral grand to divert Nigerians attention from how they looted our collective patrimony. What Nigerians should be bothered about is Buhari’s effort to making sure every kobo looted is recovered and channel towards alleviating the suffering of Nigerians.

We need to support the Present Government in all ramification to re-positioning Nigeria as rome was not built in a day and for the opposition they should stop playing to the gallery and sponsoring cynicism in the media and the likes all to score cheap political point. PMB has come to stay and meant well for Nigeria so help him God.