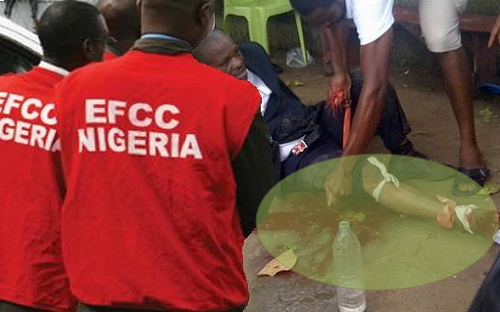 A key investigator with the EFCC yesterday escaped death by whiskers when some gunmen shot him in Port Harcourt Rivers state.

Mr Austin Okwor, an operative in the Property Fraud Section at the agency’s Zonal office in PH was returning home from the office when some gunmen suspected to be assassins opened fire on him.

He managed to drive off as the gunmen kept firing at him.

He was rushed to a private hospital in Port Harcourt where he is being treated.

According to the head of the Zonal office, Okwor is among the operatives investigating some sensitive cases involving corrupt judicial officials.

He reportedly received death threat messages last month which he reported to the police.