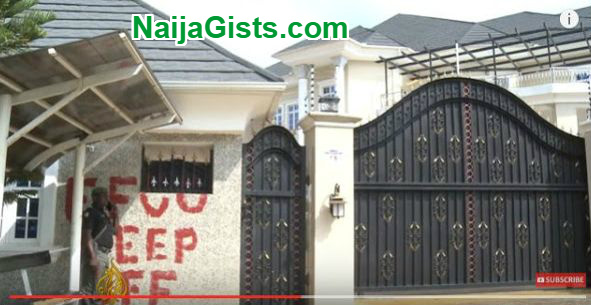 EFCC Detectives have been deployed in Port Harcourt, the Rivers State capital, in the ongoing probe of former Minister of Petroleum Resources Mrs. Diezani Alison-Madueke.

Of interest are five choice houses believed to be Mrs. Alison-Madueke’s.

It is all part of the last leg of the investigation of the ex-minister in collaboration with the National Crime Agency in the United Kingdom.

Amid the Port Harcourt operation, another asset of the ex-Minister in Abuja, allegedly worth over N500million,   has been confiscated pending her trial.

The EFCC received intelligence report on the property allegedly acquired by Mrs. Alison-Madueke in Port Harcourt.

The tracking of the assets is said to be part of the probe of about $10billion allegedly looted in cash and assets by some former public officers.