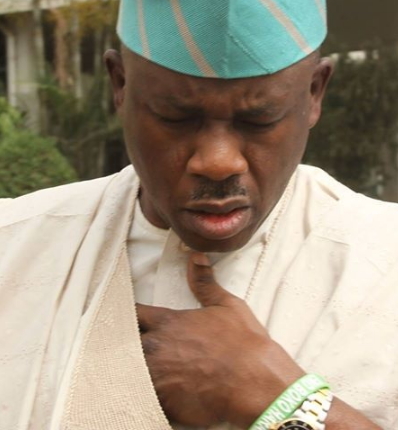 We learnt Ex- Defense Minister Senator Musiliu Obanikoro, has signed an undertaking to return N480m to the Federal Government.

Obanikoro has also submitted his United States of America and Nigerian passports to the Economic and Financial Crimes Commission. 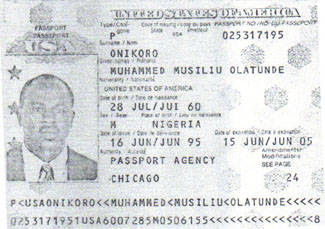 In addition, the ex-minister has provided two sureties who are directors in the Federal Civil Service.

Impeccable sources told our correspondent that these were part of the conditions given to the ex-minister for his release.

A source said, “The EFCC asked Obanikoro to submit his passports. He was only willing to drop his Nigerian passport but he has finally submitted the American one. He was asked to produce two directors, who must also present a three-month salary pay slip.

“He has returned N100m and has pledged to return N480m. The actual balance is meant to be N685m, but he was able to provide receipts for some transactions. He paid N85m to someone and that person has been traced.

“He also bought some bulletproof vehicles when he was minister and they will be handed over to the EFCC. The cost of the vehicles will be deducted from the amount that should be returned. Having met the conditions, he should be released any time from now.”

Obanikoro, who left the country around June 2015, was detained by the EFCC on October 17, 2016, after returning and surrendering himself to the commission in Abuja.

He was detained for his alleged role in the diversion of N4.7bn from the imprest account of the Office of the National Security Adviser.

The money was said to have been paid into the bank account of Sylvan McNamara, a company in which his two sons, Babajide and Gbolahan, were directors at the time.

Obanikoro reportedly told detectives that out of the N4.7bn, he paid N3.880bn to Ayodele Fayose and Senator Iyiola Omisore in July 2014, when they were the Peoples Democratic Party governorship candidates of Ekiti and Osun states respectively.

However, detectives challenged Obanikoro with evidence that he also received N785m from the money and asked him to return it.

A source at the EFCC said, “Obanikoro claimed that he used part of his own share to do an anti-Boko Haram campaign in Lagos in 2014. However, we found out that he wasn’t telling the whole truth because some of the money was spent on his governorship campaign when he was contesting against Jimi Agbaje during the PDP primary.

“So, we asked him to return his own share of the money and he has promised to do so.”

Part of the money allegedly given to Fayose was converted to $5.377m and handed to him at Spotless Hotel, Ado Ekiti, in the presence of the then Ekiti State PDP Secretary, Tope Aluko, and other party stalwarts.