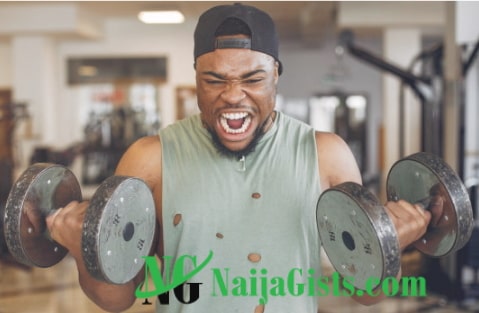 Your Efforts Will Amount To Nothing Without The Mercy Of God

It is logical to desire great things, it is perfect to have good plans, it is great for your goals to be SMART and it is reasonable to pursue the actualization of set goals using every managerial and economic knowledge. All will amount to mess, however, and be mere fruitless effort, without the mercy of God.

Paul the Apostle wrote in Romans 9:16 that struggles amount to nothing without God’s mercy. Apostle Peter also confirmed it that it is His mercy that makes a person that was regarded as a nobody, a person of influence in the society and turns a family nuisance to a public celebrity (1Peter 2:10 cf 1 Samuel 2:6-9).

Simon, for instance, was a miserable fisherman but His mercy stood still for him, altered his testimonies, changed his profession, gave him a new name and turned his situation around (Luke 5:1-10).

When Jesus Christ was on his way to Jerusalem from Jericho, lots of people milled around him but only one man got his miracle. While others were shouting their prayer requests, it was only the blind Bartimaues that cried for mercy.

The religious bigots that were ignorant of biblical principles of getting divine attention shouted him down but rather than being daunted, he shouted the more for mercy. His plea for mercy paid off because Jesus stood still and his story changed. When He stood still, all attentions were now focused on him, and for the first time they stopped talking down on him.

The lips that condemned him few minutes earlier started to celebrate him and ushered him to Jesus Christ (cf Isaiah 60:14). That day, the reproach of the blind son of Timaeus changed to a priviledged son of Timaeus.

The moment Jesus Christ stands still for anyone, the entire world stands in attention (Colossians 1:17); He disappoints the devices of the crafty and frustrates their hands from performing their wicked enterprise (Job 5:12); He pays attention to personal cases, gives His nod to requests and listens to the unexpressed words in human heart (Eph. 3:20); He brings to naught the counsel, schemes and agitation of men;

He suspends human laws, He breaks protocols; He lifts the beggar from the dunghill to live with the kings (1 Samuel 2:8); He turns destinies around, He makes dead bones live (Ezekiel 37:1-10); He converts the humiliated to become the celebrated;

He promotes beyond human understanding; He frustrates the counsel of the ungodly; He does exceeding abundantly above all that can ever be asked for or thought about, and brings laughter to the lips of the weeping.

To enable Him stand still for you, and single you from the multitude of people that are daily thronging round Him with fasting and shouting for miracles, healing, breakthroughs, prosperity and the believers that are engaging in high level spiritual warfares in churches, at revivals, crusades, different prayer mountains and special services, and turn the prevailing mess around, you must borrow a leaf from the blind Bartimaeus who, rather than do what others were doing, singled himself out by asking for mercy.

When others were covering their sins before He who can see all, blind Bartimaeus opened up his sins knowing that anyone that “… covereth his sins shall not prosper: but whoso confesseth and forsaketh them shall have mercy (Proverbs 28:13).

Jesus knew he was the only serious person among the thousands of people. He stood still for him, asked him to come and he gave him what he wanted.

Mercy means asking for pardon, for compassion or forbearance for wrong done or sins committed. As children of God, it is important to ask God for mercy because “… all have sinned, and come short of the glory of God, as a precondition for Him to stand still.

It is deceitful (and of course short changing) for anyone, irrespective of the position in the church and society, to play “holier than thou” like the hypocritical accusers of the woman who was caught in the act (John 8:4-11).

What Jesus is expecting from us is a penitent heart and not vainglory which amounts to nothing credible but deceit. He is a merciful God, He pardons iniquities and retains not His anger for ever because He delights in mercy (Micah 7:18; Isaiah 55:7).

Are you desirous of a ‘stand still’ experience? Have you been asking God for healing, divine intervention, progress, prosperity, employment, enlargement and peace to no avail? Have you embarked on several days of fasting and the mountain of problems are still before you unmoved?.

Isaiah 59:1-2 says that His “… hand is not shortened, that it cannot save; neither His ear heavy, that it cannot hear: But your iniquities have separated between you and your God, and your sins have hid His face from you, that he will not hear.

What you need to do is to ask for His mercy, and for the confession of sins to have impact, you must forgive all that have sinned against you, irrespective of how grievous the sins may be (Matthew 6:14-15).

Prayers: Lord, I come to you with a penitent heart crying for mercy as I have forgiven all that have wronged me, please stand still for me and pay attention to my life in Jesus’ name.