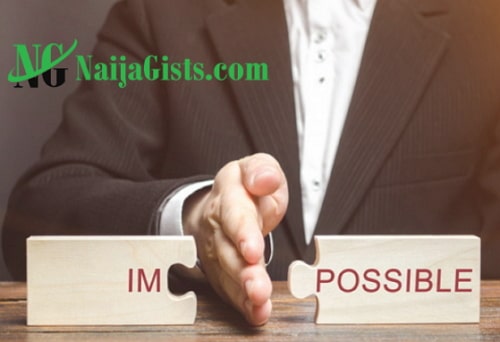 REAL WEALTH IS SIMPLY HELPING OTHERS DISCOVER THEIR HIDDEN RICHES

“You can have everything in life you want, if you will just help other people get what they want”-Zig Ziglar

Benjamin Disraeli, the former Prime Minister of the United Kingdom once said, “The greatest good you can do for another is not just to share your riches, but to reveal to him his own.”

Your ability to help others discover their hidden riches is the strongest indicator of how wealthy you are. True wealth is not a function of your bank account, fleet of cars, array of gold and jewelries, but your ability to raise others to the full awareness of what they carry inside.

The story of Michael Faraday and how he rose from being a janitor to a giant in the field of electrochemistry also justifies the fact that how we help others realize their full potential is a strong determinant of our own worth. Faraday was a janitor in the laboratory of the Royal Institution in Great Britain under Sir Humphrey Davy. Humphrey saw in Faraday an ‘image’ that goes beyond an ordinary janitor. Sir Humphrey trained the man who later taught the world how to convert chemical energy into power and light.

In fact, history has it that the only school he went to was a Sunday school! Imagine a man without formal education teaching the professors and scholars of his time how to generate electricity. Mentoring is definitely the highest form of education.

Isaac Newton once said, “If I have seen farther than others, it is because I was standing on the shoulders of giants.”

Behind every successful person, there’s a mentor who helped them along the way. Some of the most influential people in history were encouraged to succeed by some of the most well-known people of their time. Socrates mentored Plato; Plato mentored Aristotle, and Aristotle mentored Alexander the great.

Alexander the great actually broke the loop because when he was supposed to be mentoring youths and building people, he was busy building empires and accumulating riches! He died without investing into others, and his legacies also died with him. Oprah Winfrey was mentored by celebrated author and poet, the late Maya Angelou. Former Apple Inc. CEO the late Steve Jobs served as a mentor to Facebook CEO Mark Zuckerberg.

Mark Twain said: “Keep away from people who try to belittle your ambitions. Small people always do that, but the really great make you feel that you, too, can become great. When you are seeking to bring big plans to fruition, it is important with whom you regularly associate.”

One other fascinating story of the rise of young minds through the input of others is that of Steve Jobs, the tech giant that revolutionized the tech world.

When Steve Jobs was in high school in 1968 (Steve was only 13 years old), he called up Hewlett-Packard’s (Hp) co-founder Bill Hewlett to request some leftover electronic parts and, to his surprise, Hewlett picked up the phone.

At first, Hewlett was amused by Jobs’ audacious call, and soon after, taking the young man more seriously, he offered Jobs an internship. One audacious step unleashed the giant in the young boy who later changed the face of tech gadgets. That summer job and close mentoring from Bill Hewlett changed Jobs’ life forever. Jobs was young, green and inexperienced, living in Mountain View, California, and had found Hewlett’s number in the phone book.

As Steve Jobs will later recount in an emotional interview in 1994, “He didn’t know me at all, but he ended up giving me some parts, and he got me a job that summer working at Hewlett-Packard, working on the assembly line putting nuts and bolts together on frequency counters….well, assembling may be too strong. I was putting in screws. It didn’t matter; I was in heaven.”

“I’ve always found something to be very true, which is most people don’t get those experiences because they never ask,” Jobs said. “I’ve never found anybody that didn’t want to help me if I asked them for help.” Seek mentorship, it does not matter the number of rejections you may need to go through.

John Quincy Adams, the 16th President of the United States once said, “If your actions inspire others to dream more, learn more, do more, and become more, you are a leader.” If all the entrepreneurs, business moguls, celebrities, politicians, artistes, philanthropists, technocrats, and professionals can reach out to mentor and build the youths in their circle of influence, then the world will change for the better. Successful people should go back to their communities to give back by investing in youths.

The blessing of influence is in helping others succeed. Until you become an integral part of other people’s success stories, you are just merely existing! Use the platform, the experience, the exposure and riches you have to build others up. Always look for a way to lift someone up and if that is all you do, it is enough! The truth is that the more you lift others up, the more the Almighty raises you.

There are critical questions we need to ask ourselves: Who are you mentoring? What legacy are you leaving behind? In which way are you building people up to be the best version of themselves? How can you be a source of inspiration, motivation, encouragement and courage to others? Live your life in such a way that someone can look at you and say, “Because of you, I didn’t give up.”

As a youth, reach out to someone that is already where you want to get to in life. Book an appointment with them; buy their books and listen to their messages. Someone already has the experience you desire, locate them and glean from their wealth of experience.

Mike Murdock once said, “Pay any price to stay in the presence of extraordinary people.” Look out for career coaches and mentors who will guide you on the path to success.

Success is elusive without a guide!

Continue Reading
You may also like...
Related Topics:real wealth comes helping others

Sanusi Sack: The Height Of Political Corruption & Conspiracy By Leading Cabals
Your Efforts Will Amount To Nothing Without The Mercy Of God