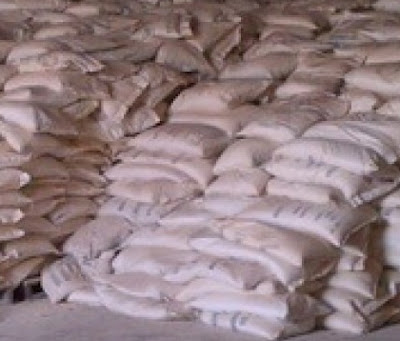 A popular Ejigbo Lagos businessman has been arrested and charged for allegedly stealing fertilizer worth over 4 million naira.

35-year-old Mustapha Rasak allegedly obtained fertilizer worth N4m from Balogun Jamiu under the false pretence of selling the products and remitting the money to him.
The incident happened at NNPC road in Ejigbo where the complainant’s office is located.

However, after Rasak got the products, he sold them and fled with the money.
After waiting for him for several months to no avail, Jamiu went to the police at Ejigbo division and reported the matter.

The police trailed Rasak and eventually arrested him at his hideout.