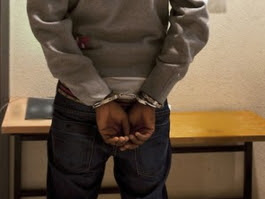 Justice Olayinka Tokode of the Federal High Court, Benin Division, on Tuesday ordered that one Okeke Ifeanyichukwu be remanded in prison custody, for allegedly selling fake, expired and banned drugs.

Prominent among the banned drugs allegedly peddled by the suspect was penis enlargement drugs.

According to the NAFDAC prosecutor, the offence which was committed on March 11, 2016, at No 32, Warake Road, Auchi, contravened counterfeit and fake drugs and unwholesome processed foods (miscellaneous provisions) Act Cap C 34 London 2004 and punishable under Section 3(1) (a) of the same Act.

The accused however pleaded not guilty to the eight count-charge of possession and sales of fake expired and banned drugs.

Tokode who adjourned the case to June 1 for hearing, directed the Defense Counsel to file a formal bail application, adding that, as soon has the application is filed a date would be fixed for the hearing of the application. ‎