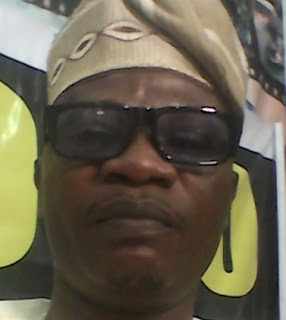 Popular broadcaster in Ekiti State, Dele Alagbon, on Wednesday escaped death after some suspected assassins who are loyal to Fayose attacked him.

The independent broadcaster popularly called Omo Olope was ambushed by a 3-man gang on a motorcycle while he was returning home from a function in Ado Ekiti on Wednesday.

Omo Olope said he ran for his dear life when his attackers started using cutlass to vandalise his Mercedes Benz C-Class around 10:30pm near Ado Ekiti Local Government secretariat.

Here is what he told The Nation: 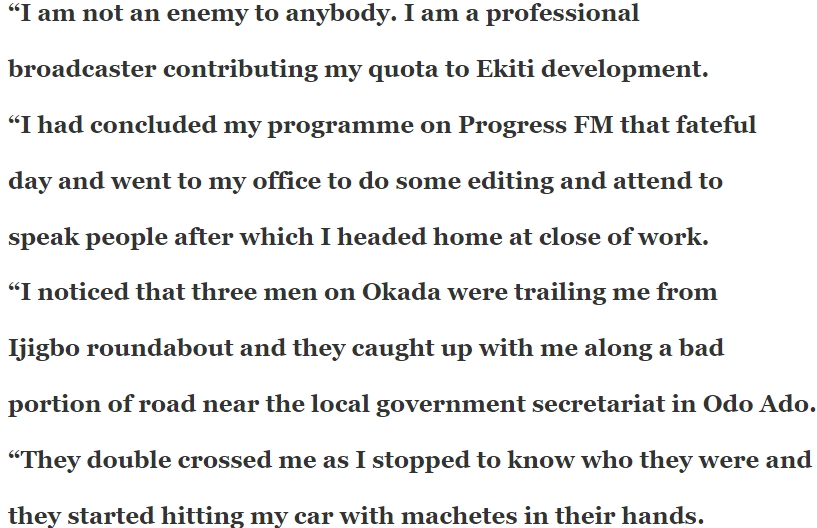 He reported the incident at Odo Ado Police Station in the capital city on Thursday.

Continue Reading
You may also like...
Related Topics:dele alagbon attacked