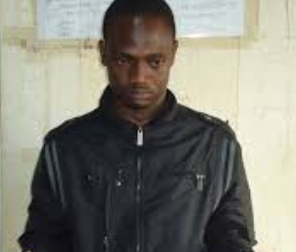 Speaking to reporters on the arrest, the MAKIA NDLEA Commander, Mr. Ambrose Umoru, said that the suspected drug traffickers were apprehended on February 17 by anti narcotic agents attached to the airport.

He explained that the suspects were apprehended during routine inward screening of passengers onboard Ethiopian Airlines flight number ET 941.

According to him, one of the suspects, Nweke Emmanuel, (49) who hails from Ire in Idenmili South Local Government Area of Anambra State, was in possession of 2.180kg of ingested heroine detected during the screening exercise. .

“The suspect is a businessman and barber who is based in Kinshasha, Democratic Republic of Congo, traveled to Bujumbura, Burundi where he ingested a total of 127 wraps of heroine.”

The second suspect, Miss Olunwabusola Dumebi (32), from Ibusa in Oshimili Local Government Area of Delta State, a stylist by profession, was billed to board same flight with the first suspect.

He noted three kg of a whitish powdery substance suspected to be cocaine was also discovered in her possession.

Continue Reading
You may also like...
Related Topics:kano, ndlea