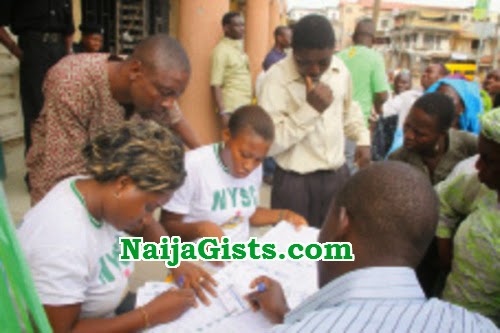 3 members of the National Youth Service Corps who worked as  INEC adhoc staff during the recently concluded Edo House of Assembly Election have been arrested for electoral fraud.

The corpers were arrested yesterday for selling ballot papers and other sensitive election materias for N40,000.

This is what Edo REC (Resident Electoral Commissioner), Mike Igini said about the suspects:

“With respect to the NYSC members, they were given ballot papers of which they sold two packets and were nabbed.”