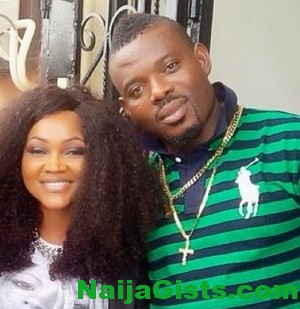 Here is what the Nollywood Casanova said:

“Women intimidate men a lot. When a girl with a proper job has everything you can think of and the young man is still looking for a job, what do you want him to do? Even though he is a graduate, he still lives with his parents or a friend in a one-room apartment. Once you don’t have money, you won’t have confidence. That is the honest truth. You should not be deceived by the notion that women don’t like money.”

“I used to be naïve when it came to the issue of women. Maybe because of my sense of fashion and appearance, people thought I was a womaniser. Most of the things my colleagues did then, I could not imagine myself doing them.

“However, with time, I began to understand women and their needs, and I didn’t have problems with them. I didn’t promise anyone marriage and later disappoint her. Even at the time I got married, I was not ready. You know you must be ready financially to get married to a woman from the eastern part of the country.”

Iya Rainbow: How God Arrested Me To Build A Church For Him
Iyabo Ojo: No Love Without Money, I Don’t Fancy Poor Men Because I Don’t Want To Die In Poverty