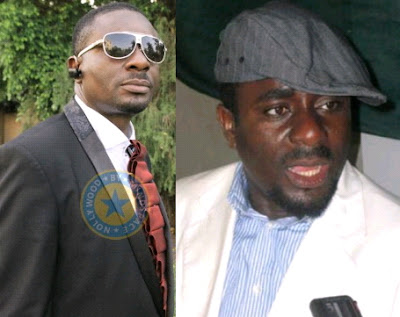 Nigerian actor Emeka Ike in this latest interview On V-Channel revealed the never before told story of his life.

The Nollywood bad boy said his mother sold Akara (beans cake) to raise him. He further said you can become a millionaire by selling beans cake.

The self-professed millionaire said he is where he’s today by the dedication of his poor mother who spent all she has to raise her children among other issues.

“Some people think that I am a trouble maker. They think I am a bad boy in the movie industry. But that is not who I am. I hate injustice and I fight for the oppressed whenever I can.

I will give you an illustration. “One day, I was passing by Oshodi bridge when I saw a physically challenged person struggling with a policeman. I had to pull over immediately and confront the policeman, though he was armed. I succeeded in stopping the fight. This is the kind of thing I do.

I believe in hard work. I don’t date rich women for money. I believe that you can become a millionaire by selling akara. My mother sold akara to train me and I am a millionaire today.

We should be making more films in Igbo, Yoruba, Itsekiri, Efik and other Nigerian languages. I don’t like it when we speak English all the time and try to imitate the American accent.” Say Emeka Ike.

What a lovely mother!