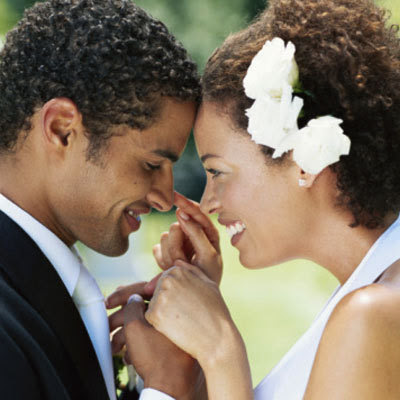 March 6, 2013 – My Relationship With A Good Guy I Met: Getting It Right By Imelda Egwim

“A very pretty female friend of mine was recently in a relationship with this great guy she met during an interstate trip, and the relationship took off the next month…She often spoke of the attention she got from his friends (both female and male) and family but never really got this same attention from him, she was almost like a trophy girlfriend (wife).”

Relationships these days have become rather stretchy and it takes the grace of God, personal insight and development to be able to efficiently differentiate between a good friend and a lasting courtship.

It is highly imperative to be able to make a distinction between these categories in which a person may fall into, to avoid the typical situation of being in a potential messy relationship in the long run.
Let’s face it, some people are not courtship material; and to enable me discuss this topic in a more relatable form, it would be realistic for me to use a classic anecdote to get my point across.

A very pretty female friend of mine was recently in a relationship with this great guy she met during an interstate trip, and the relationship took off the next month. He had a job, a flashy car and was staying in his father’s huge mansion in one of the finest residential areas in town. On the face of the relationship, they were just fine.

There were no gifts, spontaneous activities, surprise treats or something to help her understand that he had been thinking about her (note to the guys: the thought alone also counts).
She never really asked for any financial aid because she had been doing well for herself and he never even had enough to spare. He was either trying to fix his very expensive car or considering a new business idea he had stumbled upon. He called her often and she did same; they met up once or twice in a week and his family (which he had introduced her to) adored her. She was likable and he knew this so he took her to places, where he knew they were likely to run into friends, and introduced her as his wife – flattering, right?

I personally thought it meant he wanted something much more than a relationship considering the number of friends and family members who had known her but there was ALWAYS something missing amidst that entire act! She often spoke of the attention she got from his friends (both female and male) and family but never really got this same attention from him, she was almost like a trophy girlfriend (wife).

Everyone treated her like royalty except the man. Apart from the calls and text messages she got from his family and friends whenever they got into an argument, she stayed in the relationship because she was hopeful it would end up in marriage – nothing had been SERIOUSLY wrong anyway.

A bolt from the blue came when it occurred to both parties that they share the same genotype – AS, which makes it medically unadvisable for couples wishing to reproduce in the event of a marriage. The guy refused to accept the consequences the revelation was to have on the relationship; but the lady thought it was a perfectly good time to draw the curtain on this relationship.

To further complicate matters, the guy’s family members also thought it wasn’t good enough an excuse to break up, but she knew deep down it was. Yes, you guessed right, she took the bold step and exited the relationship and few months following this breakup, he was welcoming a baby girl from one of the many female friends that used to suck up to her while the relationship was on. Typical! This guy was handsome, nice, funny and hardworking but he did not possess the quality needed to keep a woman in a relationship – he was not sensitive, thoughtful or genuinely caring.

This is one of many emblematic situations that one may come across in a relationship. Circumstances vary but I honestly don’t think it takes special skill or intelligence to know from the onset, whom will fit into the friendship category and a person who may eventually walk you down the aisle in the long run.

Ladies, this isn’t even about gifts and money and all the material things he possesses or can afford to possess, this is about the genuineness to have and indeed keep you. He calls you because the sound of your voice is soothing to him…even in an argument; he remains calm and can understand the rage of a woman and is intelligent enough not to infuriate her; he respects you both indoors and outdoors, you are his centre of attraction and even on your bad days and moments, he still finds you absolutely amazing.

Friends on the other hand are FRIENDS! They are perfectly decent people likewise; they have honest jobs and are there when you need them; they practically make themselves available to you and have your best interests at heart, but this should not be mixed up emotionally as this could ruin a perfectly good friendship. Having sex with a friend does not upgrade or downplay the relationship, for most guys, sex is just sex but it’s a little more serious for women – this we know, so please get this right!

About the author: Imelda can be reached via: @ImeldaChidinma

3 thoughts on “My Relationship With A Good Guy I Met: Getting It Right By Imelda Egwim”