The bus taking Super Eagles star and Fenebahce footballers to the airport came under heavy attack carried out by some suspected snipers on Friday but luckily the players escaped death with the exception of the driver who died in the attack. 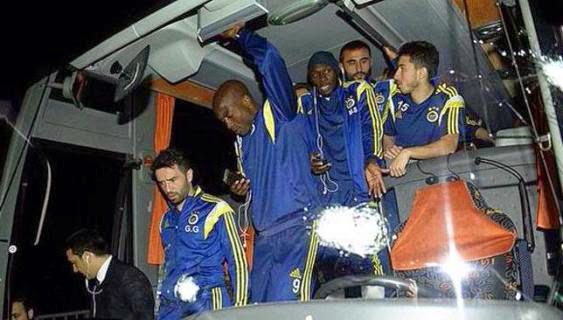 Fenebahce officials confirmed yesterday that none of the players got injured in the attack currently under investigation.

Emmanuel Emenike is signed to Fenebahce Football club in Turkey.