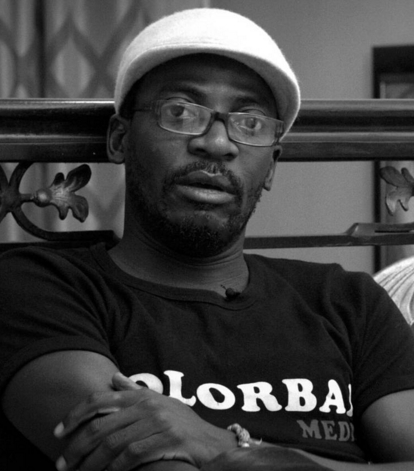 December 11, 2015 – Empress Njamah’s Elder Brother John Distances Self From Nollywood, I Prefer To Be Called A Nigerian Actor

The elder brother of Nollywood actress Empress Njamah, John talked about his perception of Nollywood in a recent chat with the Entertainer.

Interviewer: Here is a trend going on now where artistes pay producers to feature in a movie. What’s your thought about that anomaly?

John Njamah: One word for it; stupid! I don’t think you want me to start to explain how stupid it is. It is outright, blatantly stupid. It is a stupid idea. And that is why I don’t relate with such kind of persons. That’s why if you’ve seen over the years, you can’t particularly say that John is Nollywood.

And I say this with all authority; I am not a Nollywood filmmaker. I am a Nigerian filmmaker because first and foremost, the word Nollywood was used as an aspersion to despise us as filmmakers, that we shoot films in 3 days, 4 days. Little wonder we are Nollywood and not Hollywood.

Unfortunately, that name has come to stay. But I don’t identify with it. I do my thing as a Nigerian filmmaker, as a Nigerian producer, as a Nigerian actor not as Nollywood because anything ‘Nollywoodish’ has an ‘issue’ to it. But truth be told, a lot of people do not know how that name came about, they just embraced it. I was in South Africa two years back.

And I went with a few of my works and this woman, she was from France. She came to stand and asked me, Njamah, are you sure these works are from Nollywood? And I said they are not from Nollywood. I’m a Nigerian filmmaker. She was said you confuse me now, Nollywood, Nigeria, are they not the same thing? I said no ma; they are not the same thing. But you will like what you see. She said fantastic! And she bought a few works from me.

Photo: Husband Kills Wife With Poison In Festac Lagos, Records Her Dying Moments
Tears As Fire Burns Baby To Death In Lekki Lagos After Mother Locks Him Inside Room