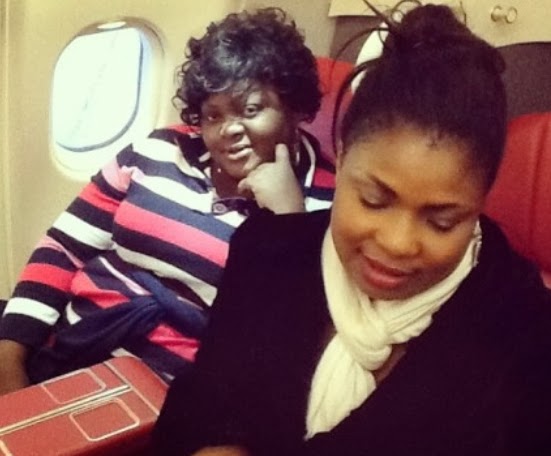 Popular Yoruba movie stars Laide Bakare and Eniola Badmus are currently chopping life in the US.

The duo were spotted on Thursday 13th of Feb 2014 aboard a plane that landed in New York.

According to Nollywood insiders, the movies stars plan to spend few weeks in America for a movie project before returning to Nigeria.