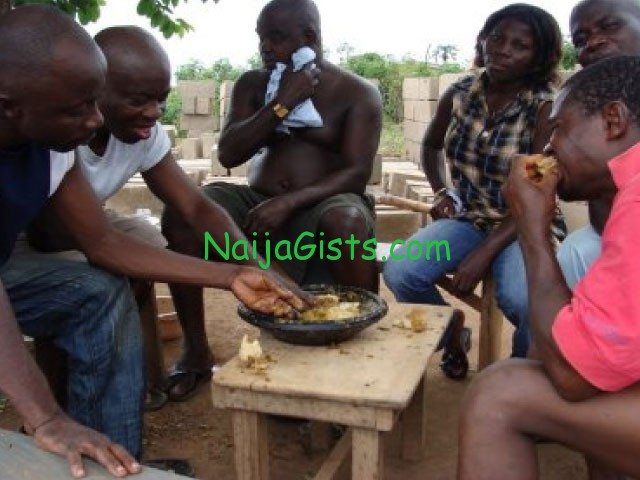 2 people reportedly died while several others have been hospitalized after eating a dead pig during a funeral ceremony at Amaegbu village, Ede Oballa community in Nsukka Local Government Area of Enugu state. naijagists.com

The police said in Enugu, yesterday, that they have commenced investigations into the incident which occurred on October 18, 2012.

The state police spokesman, Mr. Ebere Amaraizu, who confirmed the incident, said one of the deceased was identified as Fidelia Ugwuobi. The identity of the second could not be ascertained at press time.

It was gathered that one Emeka Akwaeke and one Uche Eze allegedly cooked the dead pig which they shared to the guests that attended the burial of one Akwaeke at Amaegbu village.

Those who ate the meal served with the meat suspected to have been poisoned during the funeral last Thursday fell sick and two of them died few hours later. (vanguard reports)

Amaraizu said the sick ones were rushed to various hospitals in the area for treatment.
According to him, investigations are already on to unravel the actual cause of the deaths and illness.

From funeral to heaven – so sad!

May their soul rest in peace