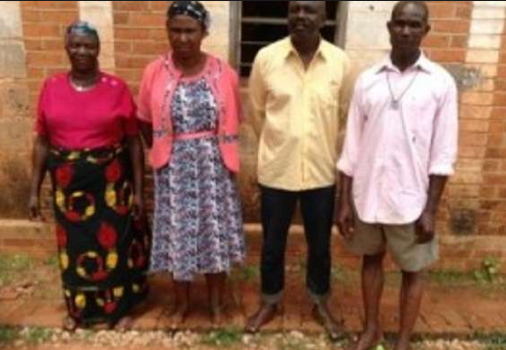 A housewife, Mrs. Calista Omeye, yesterday told an Enugu North Magistrates’ Court that she and her daughter were married to the pastor of their church, Mr. Timothy Ngwu. Ngwu’s wife, Veronica Ngwu, had sued the cleric for allegedly marrying another man’s wife, daughter as well as another woman.

The victims whom Ngwu allegedly converted to his “wives” were said to be members of his church – Gods’ Favour Ministry, Nsukka. Omeye, according to the NAN, told the court that her husband, Mr. Fidelis Omeye, had persuaded her to meet the pastor as he wanted her to do the will of God through the pastor. She said:

“My husband was a member of the church and he introduced me to the church, because he said that the pastor had a revelation for me.

“He said the revelation had to do the will of God but he later left the church. But I refused to leave the church with him. “I have 10 children for him and we were all members of the church before he left and I had a baby for the pastor but the baby died after some weeks.” Omeye also said that it was with her husband’s consent that their daughter was given to the pastor in marriage.

She added: “It is not true that I gave out our daughter in marriage to the pastor without the consent from my husband, he was aware of everything.” The pastor, who hailed from Ihe-Owerre, Nsukka, was absent from the court as he was said to be on admission at a hospital in Enugu.

The magistrate, Mrs. R. I. Oruruo, adjourned hearing in the matter till September 26.