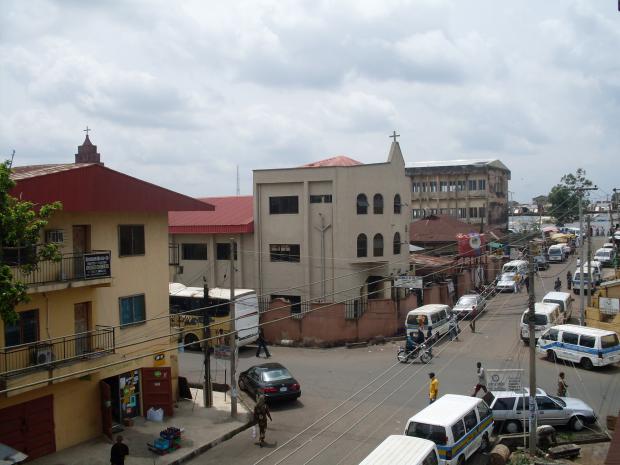 What could be described as double tragedy struck the family of Nwamuo of Umuagbara village in Osisioma Ngwa Local Government, near Aba, Abia State as one of their sons, Chiemela Nwamuo, 35, was found hanging on a tree on Tuesday.

Saturday Sun gathered that the man, who, until few months ago was said to be hale and hearty, had become epileptic and had since then become unsettled.
According to a family source, “since Chiemela suddenly became epileptic, his life has not been the same again. He could be anything but happy for these few months he was suffering from the disease.”

Chiemela was reported to have, in the early hours of Tuesday, committed suicide by hanging himself on an orange tree near their house.
His relations said they did not know how it happened. However, they claimed that they were marvelled when, at about 7.35 am, one of them went out in search something in the direction of the orange tree in a corner of the compound and only to see a strange object dangling on the tree.

On a closer observation, the man said, he noticed it was the lifeless body of Chiemela and there and then, raised the alarm which attracted other family members who immediately invited the police.

The relations, after getting clearance from police were said to have brought down the dead body and deposited it in a mortuary.

Police Public Relations Officer (PPRO), Abia State Command, Geoffrey Ogbonna, could not be reached for comments, but a senior police officer who wouldn’t want his name in print, confirmed the incident.