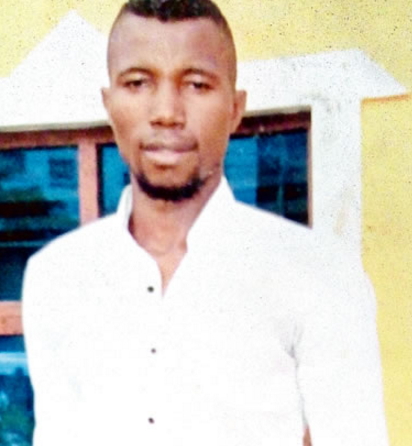 July 17, 2017 – Photo: See The Man Stabbed To Death By His Friend In Jabi Abuja Last Night Over Power Connection Disagreement

A man identified as Chibuzor Nwafor has been arrested for killing his friend and neigbour in Kado Kuchi area of Jabi Abuja.

The deceased, 23-year-old Amarana Chikezie, a graduate of Enugu State University of Science and Technology was stabbed to death following a disagreement over power connection at his residence around 10pm last night.

The ESUT graduate was pronounced dead on arrival at the Gwarimpa General Hospital late last night.

His killer Chibuzor was tricked to the hospital the moment doctors certified his victim dead, where he was picked up by policemen waiting for him.

The deceased was planning to join the Nigerian Air Force when he died before his time.

Here is what his sister, Precious said on the altercation that led to his murder: 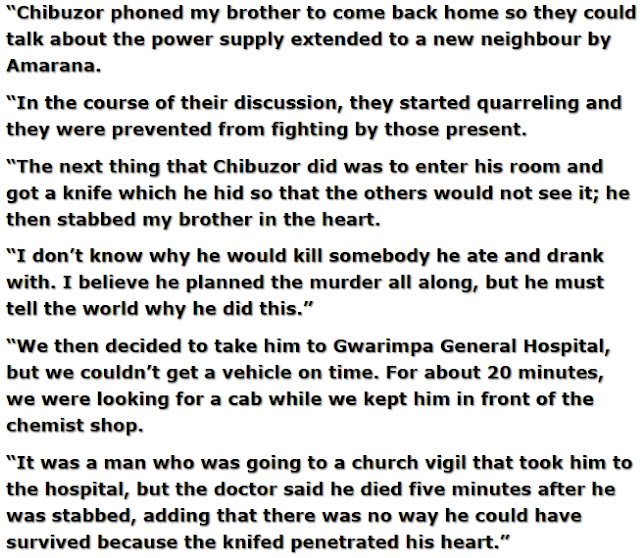 Professor Johnbull Season 4 Episode 1 Takes On Highway Robbers Disguising As Good Samaritans
Do Not Allow Failure To Stop You, Learn From Your Failures & Keep Moving