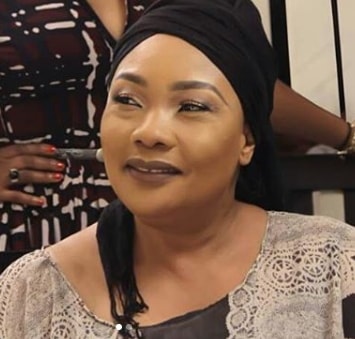 Eucharia Anunobi: I Gave My Life To Christ In 1997…Omotola Jalade & Genevieve Nnaji Got Into Nollywood Before Me

Nollywood actress Eucharia Anunobi  has revealed that she is a junior colleague of Omotola and Genevieve Nnaji.

The actress in a chat with The Entertainer narrated her journey to limelight and how her pastoral ministry can’t stop her acting career.

On why she will never quit acting, the actress said;

“Some people think that when you become a minister of the gospel, you are not supposed to have a career. However, being a minister does not stop you from working. Since I started acting, I have never taken a break and I am not going there. I think what caused this misconception is that because of the activities of pirates, many movie producers were not publicizing our works. So when people don’t see you in movie adverts, they think that you are no longer on the scene.

As a matter of fact, I just got back from set. Even as a pastor, I can still act a movie like Glamour Girls because my individuality is different from whatever character I portray in a movie. I always tell people that undue exposure of the body that does not add to the story doesn’t make sense. I watch some movies where people bare skin for no plausible reason. Being a pastor does not stop me from acting any role, as long as there is no undue exposure of my body. I gave my life to Christ in 1997; so, even at the peak of my career, I was a born again.”

On her journey to Nollywood, the thespian said;

“Growing up, I never thought that I would become an actress because I come from a very strict home. I remember that we used to watch Michael Jackson on TV then and my siblings and I were captivated by his dance steps. At that point, I thought if I ever did anything in the entertainment industry, I would be a dancer. Even then, it was just a dream at the back of my mind because I knew my father would never allow me do that. I actually started my career as a model and I got into acting by chance.

I recall that I used to watch people like Omotola Jalade-Ekeinde and Genevieve Nnaji on TV because they got into the industry before me. However, I was blessed because right from when I started, every movie I featured in was a blockbuster. I always tell people to be original in whatever they do as that is what would make them stand out. Humility also helped me to rise and remain relevant.”