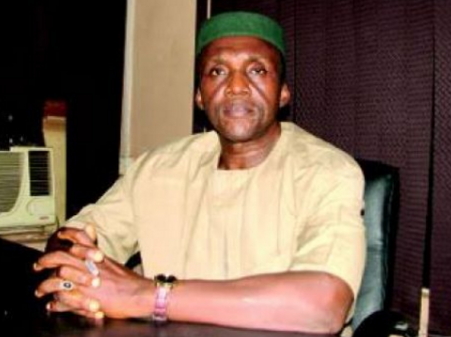 Victims of Billioanire kidnapper Chukwudumeje Onwuamadike aka Evans are worried that they may be harmed by yet-to-be arrested members of his gang.

One of them, Chief Donatus Dunu whose escape led to Evans arrest, decried the release by the court of his worker, Emeka Egbulugha who he claimed facilitated his kidnap.

Another victim, who refused to be named, said he was freed after six months in the gang’s den, adding that he has since kept a low profile.

He said: “I am yet to get over the shock of my kidnap. Honestly, I am afraid to talk about it because I believe a lot of his members are still walking free. The police have done well by arresting him but they should round up all his other gang members.

“I was detained for six months until my family paid the last dime demanded. I have been hiding since my release. I know the trauma Evans and his members put me through. Till this day, I get scared when his name is mentioned. It took me two months before I could sign my cheque.

“Now, I heard that criminal is begging for forgiveness and that people are even campaigning for his release. Has he forgotten the damage he did to my family and many others? The police should please ensure his other members walking free are caught. That’s the only way I can feel safe.”

Dunu, said the release of Emeka and others has placed his life and those of his family members under threat. He insisted that he heard Emeka’s voice and also saw him at the Igando den, where he was detained for more than two months.

He said: “Nobody should have allowed those suspected workers in my company to be granted bail in any guise because I have evidence of the active participation of, particularly, Emeka, my pharmacist. Releasing him has worsened my plight and that of my family.

“Why should police release Emeka, the chief accomplice in my kidnap? I not only heard his voice while in captivity, but saw him there few days after my kidnap. He came asking them where I was kept. When they showed him, he opened the door where they kept me in chains and our eyes met. Though I was blindfolded, I was about eating when I heard his voice and I normally remove the blind. That was how I saw him and I had the greatest shock of my life.

“He was always there with my abductors. His voice is unmistakable to me having stayed with him since 2003. The man in charge of the den, Uche, whom he claimed he does not know, speaks the same dialect with him. He is the person Emeka met each time he visited. There was also another member of the gang who spoke the Abakaliki dialect of Yoruba and I don’t know whether those arrested have confessed about his whereabouts to the police.

“I have a strong feeling that Uche and Emeka are from the same town because they speak the same dialect. Those guarding me were initially two. When the Abakaliki man travelled on Easter Monday, they brought another person to replace him. That one is very sick because he was coughing constantly. I knew that the Abakaliki man travelled because I heard Emeka discussing with Uche, asking whether he had travelled and Uche said, yes.

“That same Easter Monday, I overheard Emeka and Uche saying “We will kill him. We have no alternative until chairman comes back.”

“Two weeks after, chairman came back and I knew whenever he visited because they shut all the doors and switch on the generator perhaps, to stifle their discussions. His visit did not last more than 10 minutes and that was the first and only time he came to the den while I was there. That same night, the Abakaliki man brought noodle for my dinner.

“He told me to eat so that I will have enough energy to face ‘us at the canal.’ They later told me that canal is where they use to ‘bath’ their captives and I concluded that it means where they killed their victims. I was made to understand that the Abakaliki man is the one that would kill me if chairman gives the order.

“Then, their last discussion was on Wednesday before my escape on Friday. I heard Emeka again asking whether they had killed me. They said no, it was going to be Friday night. That was when I concluded that it was all over.”

Asked if he had any disagreement with Emeka before his kidnap, Dunu said the only thing he remembered was making some adjustments after he suspected Emeka was fleecing him.

He said: “I suspected that he and some of my boys were stealing goods from my warehouse and I made changes, which I suspect did not favour him. I strongly suspect that this must be his motive to connive with those kidnappers. In fact, before my abduction, we had a meeting with a foreign partner and I remember vividly that during one of my telephone conversations with their chairman whom I suspect is Evans, he asked me who the two ladies in my office were the same day I was kidnapped.

“Emeka came to the office that same day and those ladies were with me. Why did the chairman ask that question? Who told him that I was with two ladies in my office? These are the unanswered questions police should have asked.

“Secondly, my kidnappers told me that they have a group picture of my staff which we took last January. We use to meet every January and all the sales representatives including Emeka attended. They also claimed they went to take inventory of the goods in my warehouse. Yes, they did but we are still auditing to know whether goods were missing or not.

“Even, an account opening document was found in Emeka’s official car before he was taken to the anti-kidnapping unit after his arrest. Emeka was the only visitor that came to the den while I was there. He was not an ordinary friend to those that guarded me.

“I feel so bad that the police allowed the court to set him free thereby endangering my life. I don’t think the police carried out a thorough investigation after the so-called identification parade which was simply a charade. I am calling on the police authorities to do the needful by re-arresting Emeka and investigating him thoroughly.”

Why suspect got bail, by police

The police have explained how Emeka was released.

Deputy Commissioner of Police, Administration, Dansuki Galandashi, said Emeka and two others, Kingsley and Tochukwu, were arrested and charged to court on May 17. The suspects, he said, were remanded in prison custody before court granted them bail on June 23.

“Before they were granted bail, Evans was arrested. We did an identification parade and they said they did not know Evans. Evans also claimed not to know any of them. “Since the Inspector-General of Police (IGP’s) creed is to inspire openness, we had no choice than to charge the case to court. The court looked at the evidences and released the suspects. The police did not release them, the court did.”

Father Abandons Kerosene Explosion Victim In Hospital After Family Forces Him To Marry The Dead
Eiye & Aiye Cult Clash In Akure: 3 Killed As Cultists Shoot Each Other In Ondo