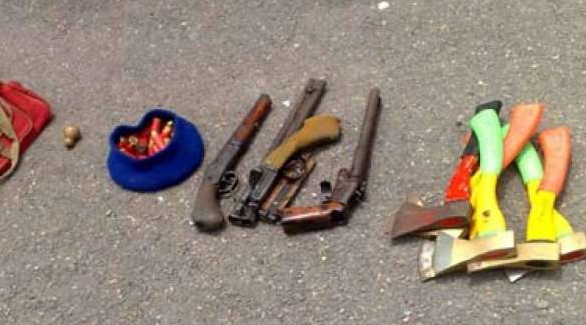 3 cult members were reportedly killed in Akure, the Ondo state capital over the weekend.

It was learnt that the rival cult groups, Eiye and Aiye Confraternity, have been engaging each other in gun duel in the last few days.

Areas like Obanla, Roadblock, Adebowale Junction were the buffer zones.

On Monday night, the rival cult gangs took on each other at NEPA area of the ancient town and gunned down a man in his ‘20s.

According to him, if the trend is not checked, youths will shut down roads and markets in Akure to ask for government’s intervention in the attacks.

Adekanbi recalled that some youths had alerted residents that Akure was sitting on a keg of gun powder with the activities of rivalry cultists.

The youth leaders said the hoodlums had graduated from night attacks to daylight killings.

He said: “There was pandemonium in the nooks and crannies of Akure. They dispossessed innocent people of their belongings. Many people have been running to avoid danger in the past three days.

“Another boy was shot dead at NEPA Roundabout this evening (yesterday). His body has been deposited at the morgue. Help us. Our youths are dying daily. Help us to call Mr Governor and our celebrated Secretary to the State Government (SSG) to rise to their responsibility.”

He said the command arrested 20 suspects in connection for various crimes in the town since the beginning of the clash.

Continue Reading
You may also like...
Related Topics:akure, clash, cult