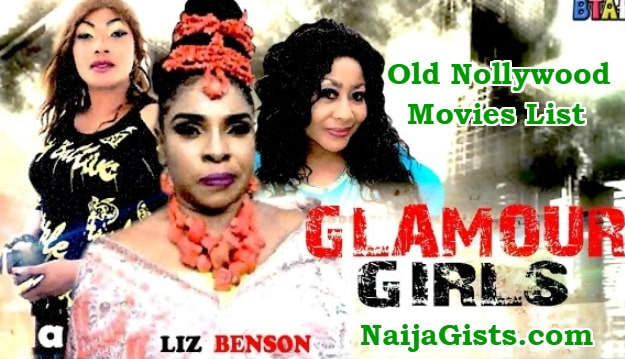 We all know Thursdays are meant for throwbacks!, so, lets reminisce our Nollywood movies produced a long time ago.

As Charles Francis Richter said, “remembrance is the only paradise out of which we cannot be driven away”, these movies are truly evergreen!.

Clinging the very first is one of my favourites, Living in Bondage, if you did not see this movie apparently you missed out in the fun of the 90’s, this movie was just too good!.

The movie shot in Igbo Language with English subtitles was very popular across the nation and in diaspora. Living in Bondage was shot in 1992.

It featured A list actors like; Kanayo O Kanayo, Francis Agu ,Bob Manuel Udokwu ,Nnnena Nwabueze and so many more!

For those that did not get to see the movie and for the sake of perfect nostalgic feelings, I’m sure those that watched the movie will be having now, lets summarize the plot.

The plot of the movie encircles Kenneth Okonkwo (Andy), who killed his wife for rituals to be rich  but it came with a heavy price. The movie is truly epic!.

I’m I the only one who think some of  Nollywood movies of the Early and mid 2000’s got it title inspiration from this movie title?, you know the early and mid 2000’s  has titles like, ‘Spider girl’,’,Oga on top’,’Eze the orphan’ , ‘Ada the prostitute ’and so many more.

LOL,well we did not care about the title when this real definition of thriller swept our feet in 1992 again. Remembering this movie, it tells the story of a woman looking to conceive and had to ask the water goddess for a child, you know our dear Nollywood,that sure did not go well and we can judge the next part from the title!.

Ha!,this movie really garnered controversy as at the time it was produced, it was sort of different from every other Nollywood movie at that time. You should know, this movie is a bedrock for titles we got in the industry later on like Facebook babes, Twitter babes, Blackberry babes etc. This one of a kind movie was shot in 1994 by Kenneth Nnebue.

The story revolves around money, fame, power,etc. Glamour Girls held us spellbound till the end!.

This movie did not leave us with dry eyes after watching!.  It was so emotional!.

Directed by the late top notch Producer, Director and Scriptwriter, Amaka Igwe, Rattlesnake tells the story of a young boy, Ahanna who was lured into the world of armed robbery after the death of his father.

Starring in the movie are Francis Duru, Nkem Owoh, Bob Manuel, Okey Igwe, Julius Agwu (who made his first acting debut with this move), amongst others.

Another blockbuster movie was Igodo. It was deeply rooted in the Ibo culture narrating the story of  the murder of Amadioha, the god of lightning and thunder’s son under wrong charges thus he places curse on the land that ignites problems.

The movie was directed by Andy Amenechi.

Most of the songs  in this movie already depicts a taboo(lol). Taboo is indeed epic. It is said to have paved way for Nollywood to try hands in singing in movies. The story is about an OSU (an outcast). The lead actor is one of Nollywood’s best, Kenneth Okonkwo.

From the stables of legendary producer, Sunny Collins,in 1998 came this beautiful movie. Scores to Settle tells the story of a woman, Sade who after her husband died was rejected  by her in laws and ended up on the streets to make ends meet.

Shola Shobowale has been giving us the best of her even before the wedding party. Her son in Diamond Ring,Teju babyface caused her to go crazy when caused into trouble.

Diamond Ring is one gripping film!.

The movie released in 1996 was produced by Zeb Ejiro.
The evergreen movie starred Anne Njemanze who became an instant star after taking the lead role.

The last on our list is Most Wanted, a movie produced by Dozie Eriobu and directed by Tunji Bamishigbin in 1996. It features great talents like Antar Laniyan, Liz Benson, Regina Askia, Ibinabo Fiberesima and others.

So there you go, in case there is any you thing has been left out, do well to add yours in the comment section and 2000 babies should respect us oo.