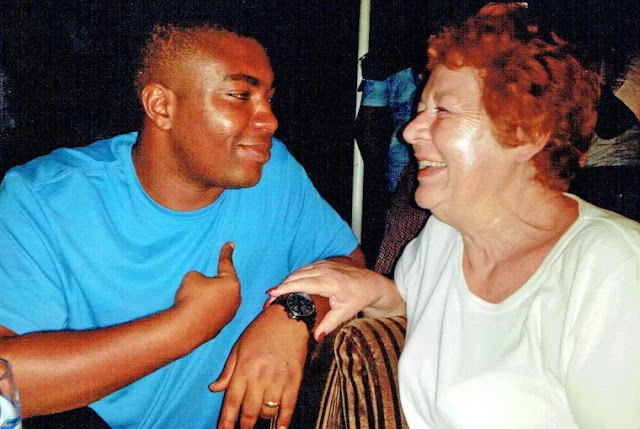 Donald Neate, ex-husband of the 72-year-old British grandmother of six, who married a Nigerian man 45 years her junior, says she will “have to deal with the consequences” of her action at some point.
Neate, 71, is quoted by the Daily Mail of London, as also calling her “quite gullible”.
He said Mrs.Angela Nwachukwu has “got herself into a problem that she will have to deal with.”

Mrs Nwachukwu, from Weymouth, Dorset, is fighting for a visa for new husband CJ Nwachukwu, 27, who she married three months after he added her on Facebook and struck up a conversation.

They live 6437 kilometres (4000 miles) apart and met face-to-face for the first time on their wedding day.
His application for visa to move to Britain to live together with her has been refused even after retired taxi driver Mrs Nwachukwu has spent £20,000 on him, including lawyers to help with the visas and flights to visit him.

Nwachukwu, according to his wife, has already repaid £10,000 of the amount.

Mr Neate and Angela parted ways in 1999, the former lorry driver from Bristol said.
“We separated 18 years ago and haven’t had any contact since,” he said.

“The first time I knew about it was when I read the papers. She has done it now and will have to deal with the consequences.”

Mr Neate has remarried twice since his five-year relationship with Mrs Nwachukwu ended.
Mrs Nwachukwu said she couldn’t help but fall for her lover from Nigeria, when they started talking, and is devastated that their applications for visas have failed. 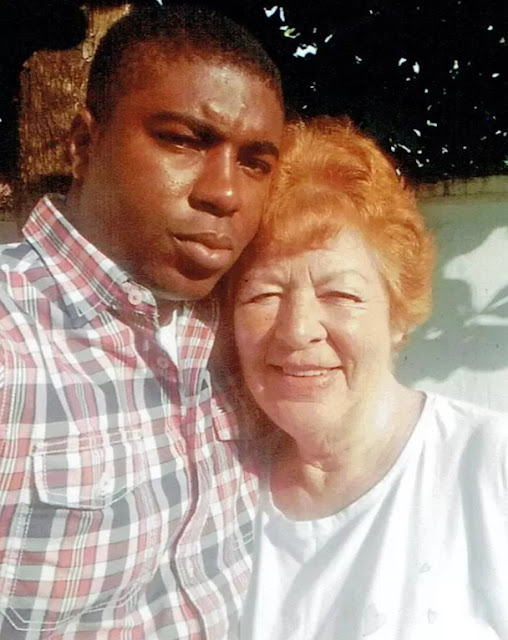 She said she had been left lonely and isolated after the breakdown of her marriage, six months before they met online.

One day she found a message and a friend request from Mr Nwachukwu, and couldn’t see the harm in striking up conversation.

She said: “He was so handsome, with big, brown eyes and a body to match. We chatted for hours about our families and hobbies. It was like we’d known each other for years. Before I knew it, we were messaging daily.
“Despite our huge age gap, we got on really well. I couldn’t help it and began to develop feelings for him. I tried to stop myself.”

He proposed to her on Skype, and she gleefully accepted.
The pair wed in Lagos, and have since seen each other twice, as she has flown there to visit him.

Mr Nwachukwu has been denied a tourist visa to see his wife, and their applications have been turned down because it’s thought they won’t have financial backing.

Mrs Nwachukwu refuses to accept suggestions that the marriage is a scam.
She is convinced he will be able to get a student visa for a Masters degree in the UK.

Continue Reading
You may also like...
Related Topics:angela, ex-husband, nwachukwu