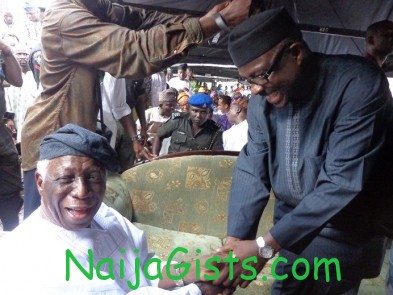 Governor Ajimobi received Olunloyo and his supporters at a grand party that took place at ACN secretariat in Ibadan over the weekend.

Angry PDP supporters called him a failed politician for his decision to join ACN. More people are dumping PDP for ACN.