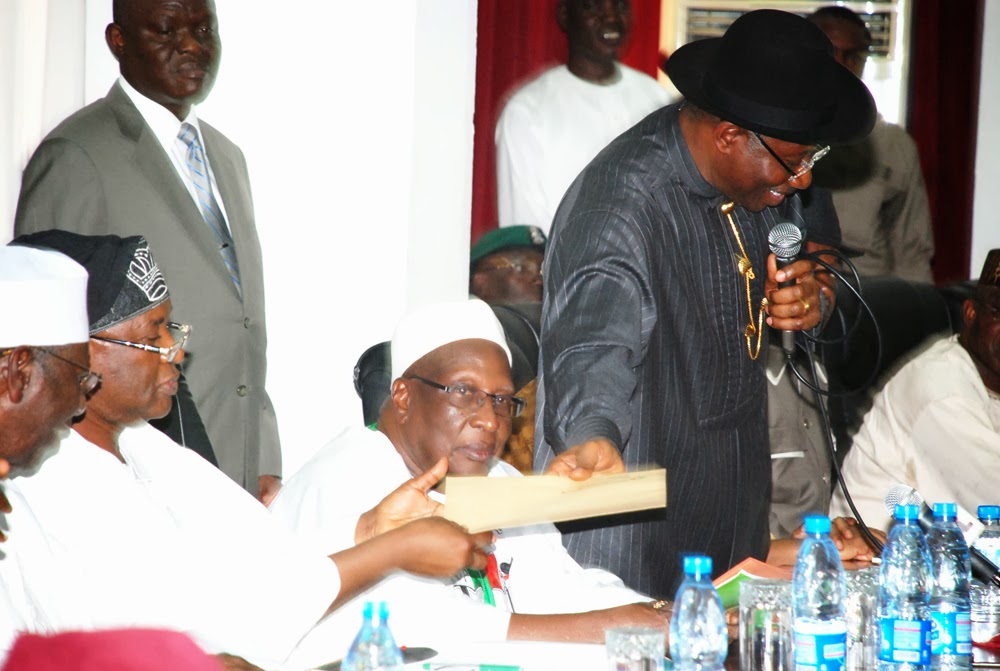 April 24, 2015 – Tukur Says He Warned PDP Leaders About Imminent Defeat Before His Removal

Tukur, in a statement in Abuja yesterday, said he warned the party in 2013 that it would suffer defeat in the 2015 general elections if the leaders refused to change their ways and allow for internal democracy.
In the statement, titled “PDP- Were you not warned?”, the former chairman reminded the party leadership of the speech he read at the PDP National Executive Committee (NEC) meeting of Thursday, June 20, 2013, which he presided over, as the party chairman.

Quoting copiously from the speech, Tukur said he had warned his fellow party leaders and members to have a change of attitude if the party must succeed.

He said: “In our efforts to achieve success, we must rededicate our genuine political beliefs, change our attitudes and identify our political needs. These good values cannot be realised without accepting the supremacy of the party constitution as key instrument that ensures progress, stability and internal discipline.”

He also drew their attention to his words that “we must strengthen our democracy through determination, not personalisation, correction, not manipulation, collectivism, not individualism and sacrifice, not disservice.
“If these pronouncements are substantial then, the party should quickly take urgent steps to achieve higher levels, at least by coming to terms with democratic norms and practices.”

He argued that he had also asked party members to accord President Goodluck Jonathan some measure of respect, saying: “We owe ourselves a duty to protect, project and support our President to leave behind a lasting legacy for the Nigerian”.

Tukur said: “It guarantees independence but demands for public trust. It promises opportunity but needs dedication. Nigeria will continue to be a great nation if only we can maturely and jointly tackle its challenges and exploit its natural endowment.”

According to him, he had pointed out the new direction the party should follow, before he was forced out as chairman by forces that did not want him. “We had told them then that our focus for the future should be about consolidation and continuity and that goes beyond the plans of our opponents that PDP will fail,” Tukur said.

The former PDP chairman said the party also ignored his proposal on how to develop the party and steer it away from the crisis rocking it, which included the need to “reconcile our disagreement by closing ranks and stimulating greater efficiency in our judgments, for which mechanisms were put in place to achieve unity at all levels”.

He said: “Internal democracy should triumph over the current practice of imposition of candidates during the party congresses thus collectively we sustain the political aspirations of Nigeria.”
Tukur also said he recommended corporate image making consultants “to develop a package for an annual PDP Merit Award where party members of proven exemplary conduct and achievements will be rewarded”.

He also recommended that the party “explore methods for improved communications for sustainable relations of the party-executive, the party –legislature and the party community relations! Enhance the financial position of the party by graduating to e-membership system,” among other issues.

Tukur said he also warned that the party could not afford to be run through severe underfunding, arguing that “democracy is a serious business but easily broken; it is a small commodity of exceptional value reserve”.

Continue Reading
You may also like...
Related Topics:defeat, pdp, tukur