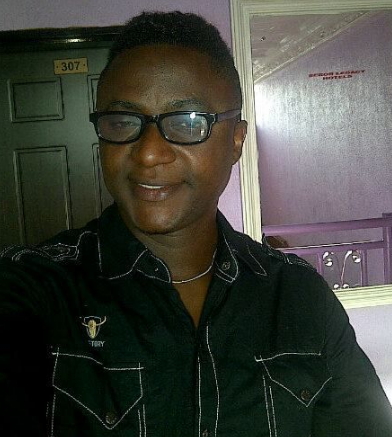 Ex Super Falcons star James Johnson has narrated his miraculous escape from some kidnappers in Abuja.

The former hermaphrodite player (Iyabo Abade) now a male (James Johnson) recounted his nightmare ordeal in the hands of 3 suspected kidnappers attempting to force him into a waiting car around 5:30am in Karu area of Abuja recently.

“I was on my way out early in the morning, around 5:30am, when three guys accosted me and ordered me to enter their car. I was all alone at the bus stop at Jikwoyi area of Karu in Abuja when it happened but I thank God almighty for making me a sports person, if not, they would have taken me away,”.

“I fought the three guys with all my life; I was faced between life and death and it could have been the last chance I had to fight, so I did. I took all their blows but it came with injuries; they broke my finger, took my phone and money,” .

“One of them said they should twist my neck, which made me to fight even harder. When they saw that I was too strong for them, they rushed into their car and zoomed off. I thank God that I’m alive today.”