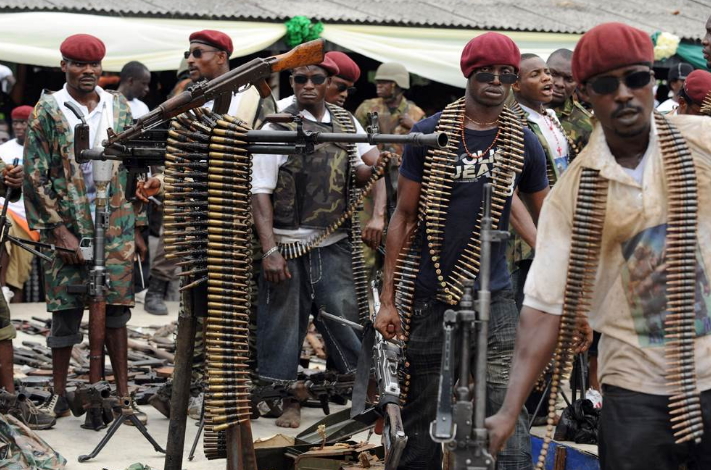 The Delta State Police Command on Thursday arraigned two suspects for false information when they had claimed that a Bishop of a new generation church in Warri was sponsoring the Niger Delta Avengers.

The Punch had on Wednesday exclusively reported that the bishop who is the founder the New Salvation Church of Christ in Igbodi area of Warri, Bishop Sunny Jero, was being interrogated by police detectives from the Warri area command over an allegation linking the pastor with the militant group.

The report generated uproar leading to the arrest of the petitioners for false accusation against the man of God.

They were arraigned on a one-count charge of false accusation, an offence punishable under Section 125 of the Criminal Code Cap c21 of Delta State.

Also, a statement issued on Thursday by the Police Public Relations Officer of the Delta State Command, SP Celestina Kalu, exonerated the pastor from the allegation after his house and church were searched by security operatives and nothing was found.

At Thursday arraignment of the two suspects- Smart Etiemor and Robinson Dagbolo before a Warri South Chief magistrate court, the prosecution counsel, ASP Sunny Irabor, told the court that the suspects allegedly petitioned the complainant on July 14, 2016 over human trafficking, gunrunning and sponsoring the Niger Delta Avengers.

Irabor told Chief Magistrate C. I. Moeteke that after obtaining a search warrant, the police combed the church and private residence of the bishop in Warri alongside the suspects where no incriminating substance was found against the bishop.

He noted that the complainant (Jero ) had to re-arrest the suspects for false accusation against the clergyman.

Both suspects were however ordered to be remanded at the Okere Prison, Warri pending a legal advice from the Department of Public Prosecutions on the case.

Speaking on the allegation after the arraignment of the suspects, the Bishop Jero told newsmen that he was innocent of the accusation.

He commended The Punch for the report which he said hastened the investigation into the matter, his freedom and the subsequent arraignment of the suspects.