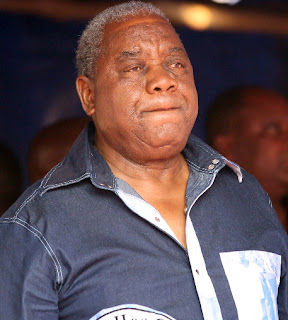 Banda was also alleged to have misappropriated about $11 million during his three-year reign as President of the country.

The country’s authorities are accusing him of procuring oil which did not benefit the country.

He was said to have imported crude oil from Nigeria, without actual deliveries, despite the fact that the funds were deposited into the bank account of his son.

Banda, who was released from police custody and is due to appear in court on Tuesday, however, said the moves against him are politically motivated.

He was questioned for close to three hours after his arrest related to the oil deal Monday before he was released on bail.

Banda denies the charges, and his lawyers claim the arrest is an attempt by current President Michael Sata to silence him.
After his release, Banda appeared before his supporters and told them to remain calm, reassuring them he would win his case in court.

Earlier this month, parliament lifted Banda’s presidential immunity, clearing the way for him to be prosecuted for several corruption and abuse of office charges.

Banda lost to President Michael Sata in 2011 elections. The new government has been pursuing the corruption investigations against the former leader and his political allies.

During the Presidency of Kenneth Kaunda, Banda held important diplomatic posts and was active in politics as a member of the United National Independence Party (UNIP). Years later, he was appointed as Vice-President by President Levy Mwanawasa in October 2006, following the latter’s re-election.

He took over Mwanawasa’s presidential responsibilities after Mwanawasa suffered a stroke in June 2008, and following Mwanawasa’s death in August 2008, he became acting President. As the candidate of the governing Movement for Multiparty Democracy (MMD), he narrowly won the October 2008 presidential election, according to official results.