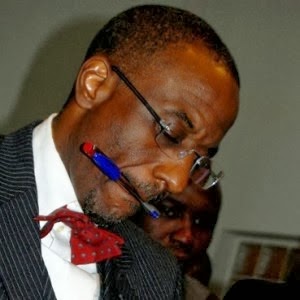 When the Financial Reporting Council Report was sent to Mallam Sanusi Lamido Sanusi on June 25, 2013, he’s fully aware that the game is over.

He allegedly brewed up his NNPC allegations to divert Nigerians attention from him by writing the president on September 27, 2013.

He succeeded in deceiving some, but his frauds can NEVER be covered.

Here are few of his fraudulent activities exposed by FRC audit
1] He donated N1b to BUK, Kano and wrote that he donated N4 million.
2] He wrote N40b debt of a bank without documentation and authority.
3] He invested $Billions in Malaysia Islamic Bank with no return on Investment to Nigeria.
4] He awarded 63 contracts valued over N1b each, without approval
5] He spent N1.257b for Lunch for his Police and Private Guards in a year.
6] He donated N1billion to a political party to build offices Nationwide.
7] He spent N4.5b to renovates his personal home without approval.
8] He spent N4billion on a CBN PH branch building that was already completed.
9] He wrote N2b Bogus checks to Airlines (some not registered in Nigeria) to distribute currency.
10) Claimed paying Nigerian Security Printing & Minting in 2011 N38.233b for the “printing of bank notes”. Company’s turnover in 2011 is only group is N29.370b from all customers including CBN.
11) Associated Airline was paid N1.025b in 2011, while the company was Dormant in the same year. (No Operation).

… CBN Has Held An Account With A Balance Of N1.423 Billion For An Unknown Customer Since 2008.

Following Thursday’s suspension of Mr. Sanusi Lamido Sanusi as Governor of the Central Bank by President Goodluck Ebele Jonathan, THEWILL has exclusively obtained a copy of the Financial Reporting Council of Nigeria report that ripped apart the 2012 audited financial statement of the apex bank and exposed the fraud, excesses and wastefulness of Sanusi and the CBN.

Sanusi had over the years projected an image of an anti-graft banker, activist, reformer and crusader against graft and waste in government, as well as the financial sector. Weeks before his ouster as CBN Governor, Mr. Sanusi had accused the NNPC of failing to remit billions of dollars in oil revenue to the federation account, a claim which the NNPC has continued to dispute.

The 13-page Council report emanated following Sanusi’s response to a query issued him in early 2013 by President Goodluck Jonathan over the apex bank’s alarming reckless donations nationwide and its finances.

Whilst describing Sanusi’s response to the President’s query as “a clear display of incompetence, nonchalance, fraud, wastefulness, abuse of due process and deliberate efforts to misrepresent facts…”, the Council accused the suspended banker of several violations including but not limited to carrying out activities with financial implications that are not related to the CBN’s mandate, especially billions of naira in ambiguous payments to invoices referred to as “Centre of Excellence” and “Contribution to Internal National Security”, and the CBN’s claim that it paid N38.233 billion to the Nigerian Security Printing and Minting Company Plc in 2011 for the “printing of bank notes” whereas the turnover of the entire printing and minting company group is N29.370 billion.

The Council also accused Sanusi of rogue payments as air charter fees to Emirates Airways (N0.511b), Associated Airline (N1.025b) and Wing Airline (N0.425b), for the distribution of currency nationwide whereas Emirates does not operate local charter flights within Nigeria, Wing Air is unregistered in Nigeria with the Nigeria Civil Aviation Authority (NCAA), and Associated Airlines did not have a billion naira turnover in 2011 and have no financial statements because the company said it had not had any significant operation in two years to warrant preparing a financial statement.

In lieu of the serious misconduct it found against Sanusi and the leadership of the CBN, the Council urged the President to exercise the powers conferred on him by “Section 11 (2) (f) of the Central Bank of Nigeria Act, 2007 or invoke Section 11 (2) (c) of the said Act and cause the Governor and the Deputy Governors to cease from holding office in the CBN and also direct the Financial Reporting Council of Nigeria to carry out a full investigation of the activities of the CBN…”

[Source: THE WILL, San Francisco]