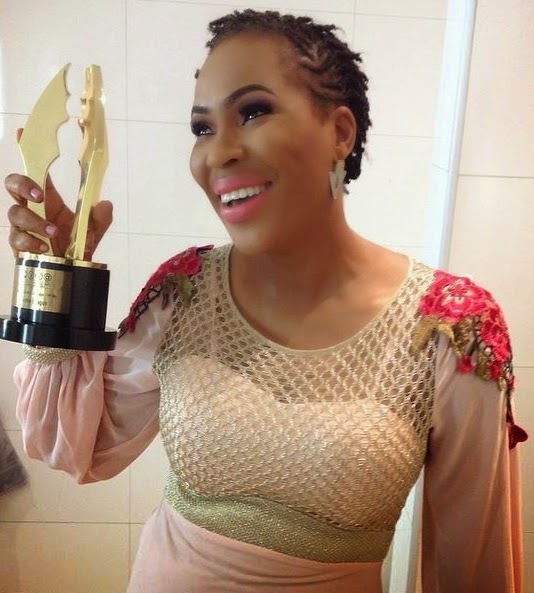 The effort of Nollywood veteran Faithia Balogun Williams was greatly rewarded over the weekend at the AMVCA 2015.

She took the social media few hours ago to thank fans and the event organizers.

“Big thanks to my fans, friends and Family and of course to d organizers of AMVCA2015 for this award…dis is so huge in my sight”.  – Faithia wrote on IG

She also shared pictures of herself partying with Iyabo Ojo, Ronke Oshodi Oke and Eniola Badmus. 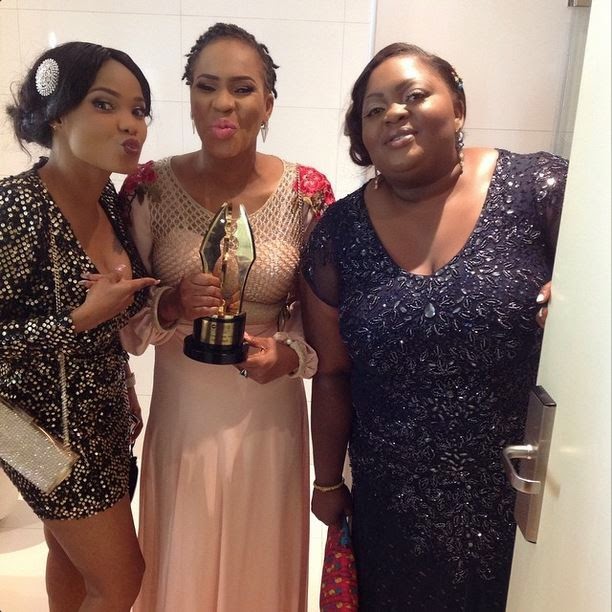 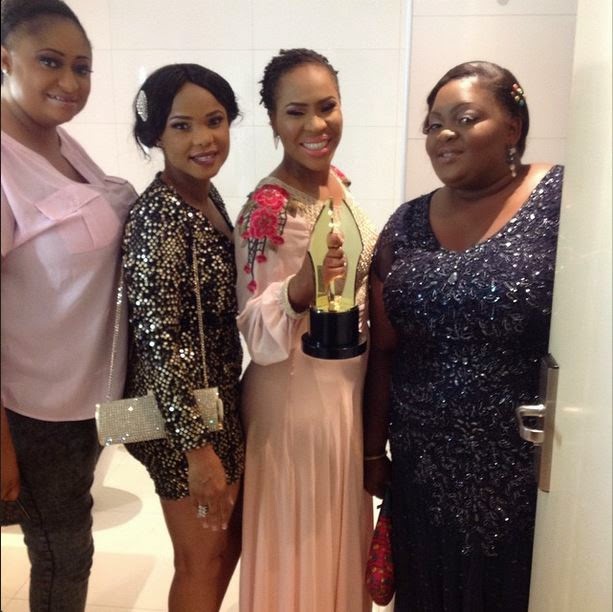 Her dress and makeup is on point.