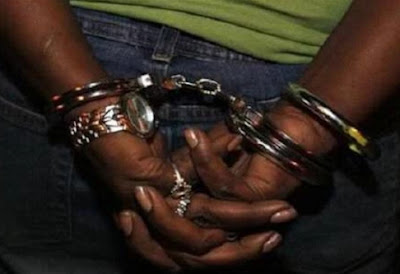 55-year-old Olusegun Kareem, a fraudster allegedly posing as an army Colonel who has duped innocent citizens seeking to join the Nigerian Army in the past has been arrested.

He appeared before an Osogbo Magistrates’ court today where he was charged with fraud and impersonation.

His last attempt to dupe a citizen at Favour Guest House at Kobongbogbie area of Osogbo around 1:30am on the 18th of September got him in  trouble.

Inspector Taiwo Adegoke, the prosecutor in charge of the case said the suspect defrauded one  Mr Godspower Nnamdi of N500,000 in the pretext of assisting him to purchase an auctioned vehicle from the Nigerian Customs Service. He was arrested few hours later.

The accused was granted bail in the sum of N200,000 with 2 sureties in like sum.

The case has been adjourned to November 7 2016 for further hearing.