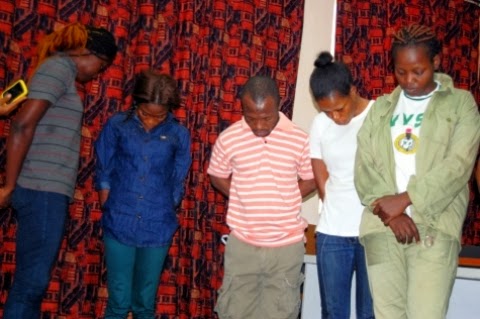 Eze was paraded alongside six fake corps members who he has mobilized for service in different parts of Nigeria.

He was said to have processed forged NYSC registration document for five (5) students of University of Nigeria (UNN) Nsukka, who could not be mobilized for NYSC by the institution due to their inability to meet required academic needs to be a graduate from the university. 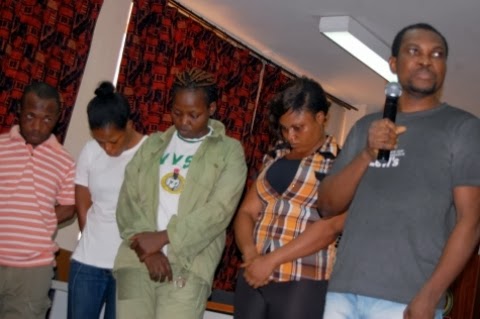 Eze subsequently spread his tentacles by working with another forger, Abdulwasiu Ogunjimi, to forge certificates and facilitate the mobilization of other fake corpers for the NYSC programme in various parts of the country. Those include; Joy Samuel ( Serving in Ogun State), Nworgu Pauline (Serving in Rivers), Christianah Ezeyi Chinedu (serving in Ogun), Okoro Amarachukwu (serving in Benue), Adobi Chindo (arrested with a forged certificate of Manonmanian Sundaranar University, India ).

Also paraded today was Ababakar Sani, who was caught impersonating an Army General with one Hamza Abubakar, who was said to have planning to kidnap a daughter of the late President Umaru Musa Yara’dua according to the Deputy Director of the service, Marilyn Ogar.

The SSS spokesperson said all the suspects would soon be charged to court.