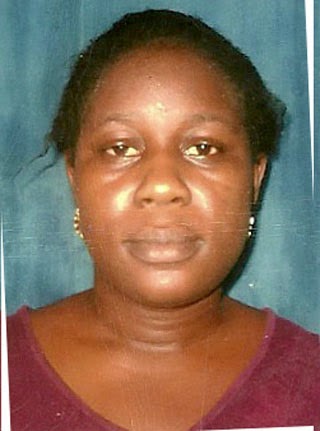 A fake doctor identified as Femi Olabisi Akindele, 48, has been arrested and charged with allegedly killing a 26-year-old woman, Bose Owoyele, in his hospital, Duro Doluwa Medical Clinic and Maternity Home.

He was arraigned at Magistrates’ Court 2, presided over by Chief Magistrate S.T. Bello (Mrs), at Ota, Ogun State.

According to Sergeant Ita Ita, the prosecutor, the one count-charge was read to the accused person in Yoruba language.

The charge read: ‘That you Olufemi Olabisi Akindele ‘m’ on 22/7/2014 at about 1345hrs at Duro Doluwa Clinic, along Ijoko Road, Sango, Ota in Sango Ota Magisterial District did unlawfully kill one Bose Owoyele ‘f’ aged 26 by carrying out surgical operation when you are not a Medical Doctor and thereby committed an offence contrary to section 316 (3) and punishable under section 319 of the Criminal Code Laws of Ogun State of Nigeria, 2006”.

His plea was not taken in view of the nature of the charge. The court then ordered that the accused person be remanded in prison custody pending DPP’s advice and the case was adjourned till 14 November, 2014.

Bose, a mother of three, allegedly died with pregnancy in the hospital on Tuesday, 22 July, 2014 after she was admitted for jaundice treatment for four days.

The deceased’s husband, Olasunkanmi Owoyele, an auto mechanic resident at 27, Ogo-Oluwa Street, Interpol, told P.M.NEWS that he went to the hospital on Friday night with his pregnant wife where she had been earlier treated and was allegedly given injections.

Olasunkanmi explained that Bose was rushed back to the hospital at about 5.30 a.m. on Saturday when her condition became critical over night and the doctor collected N3,000 out of the N6,000 charged for drip and other treatment.

He added that after collecting the money, the doctor did not allow any of her relations to see her again until the fateful Tuesday morning when he forced his way into her ward and found her in a critical condition.

“I called the doctor’s attention to her condition and I was told that I wouldn’t have met her alive if not for the blood transfusion he carried out on her the previous night and I was asked to pay N20,000 for the blood,” he said.

Olasunkanmi further explained: “I left the hospital helplessly while other family members were also denied access to her despite her condition, only to receive a phone call from someone later that my wife was dead.”

Dare Ibikunle, spokesman for the deceased’s family, told our correspondent that though Bose was found dead at the hospital, he became apprehensive and suspicious when a surgery-like cut and stitches were discovered at the lower part of her abdomen and he promptly reported the matter at Sango Police Division.

“It was also gathered that the fake doctor was arrested and detained at the station before he was transferred to Ogun State Police Command Headquarters, Eleweran, Abeokuta.

Further investigation revealed that the fake doctor claimed that the cut was as a result of his effort to bring out the foetus, claiming that she was a Muslim who should not be buried with pregnancy.

Another source disclosed that similar incident occurred at the hospital in October 2013.
[Reported By Kayode Aponmade, PM Lagos]