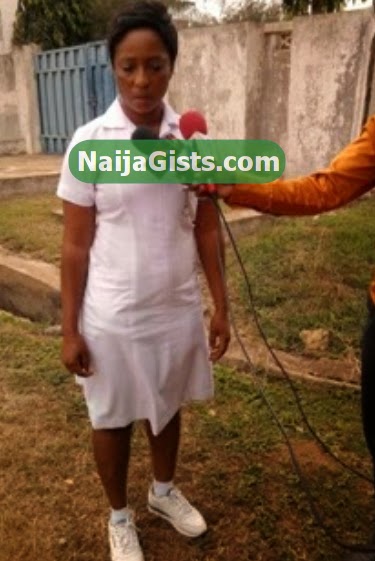 June 5, 2014 – Fake Nigerian Nurse Who Injected Man With Drugs That Killed Him In Lagos Arrested

Caroline Okoye, a 44-year-old fake nurse who allegedly killed a man after injecting a suspicious substance into his blood stream has been arrested.

Criminal prosecutors alleged that Caroline injected Ephraim Umeugo,42, with a medical substance that killed him at 144 Pipe Line Road in Ifako Ijaiye.

He was rushed to hospital for treatment where he eventually died due to complication.

While the late Omeugo was in a hospital, Caroline was charged before Ebutte-Metta Magistrate’s Court with recklessness and negligence under the Criminal Code.

After the death of the deceased, Caroline’s case was upgraded to murder.

The deceased corpse has been deposited at the mortuary for autopsy.