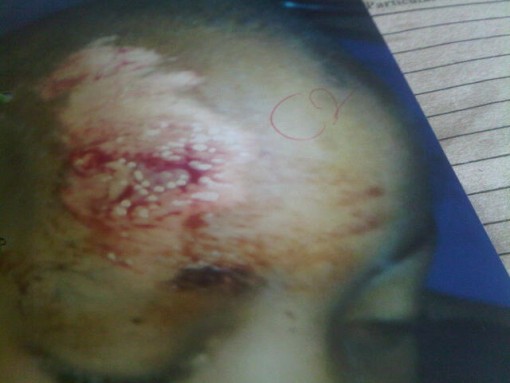 Shasha division officials have arrested two men on a motorcycle after they smashed a 2-year-old baby on the road while attempting to snatch a bag from the toddler’s mother in Lagos State, western Nigeria.

The suspects, Olalekan Durojaiye, 20, and Femi Kromoga, 27, escaped a mob attack after they were apprehended by the residents while they attempted to escape on their motorcycle.

The incident happened at Salami bus stop in Shasha area where they attacked the victim, Mrs Mary Nwanfor and her baby, Samuel Nwanfor.

According to Mary, she was returning from work and was at the bus stop to board another bus to her house when the incident happened.

She said while she was at the bus stop with her baby, the suspects rode their motorcycle to where she was standing and stopped in front of her.
Mary said they suddenly attacked her and attempted to snatch her bag.

She said while she was struggling with them, one of them forcefully removed the baby from her hand and smashed him on the ground.

She said she was forced to leave the bag to pick her baby who was bleeding profusely.
The baby was immediately taken to the hospital where he is receiving treatment.
However, while the robbers were trying to escape, some residents who noticed what happened, apprehend them.

They were handed over to the police after they were severely beaten. Their motorcycle was also recovered and taken to the station 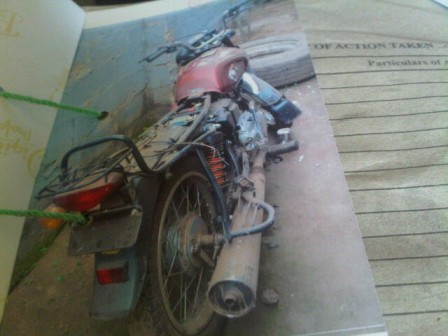