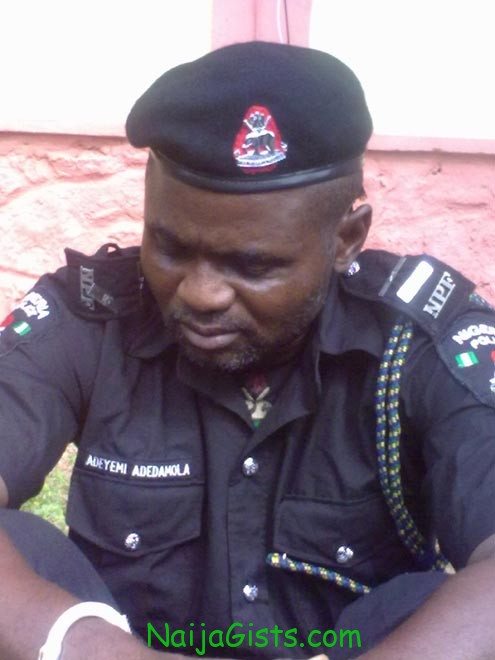 According to PM news, a man Mustapha Oludaisi, 45, alleged to have paraded himself as an officer attached to the Zone 2 Police Command, Onikan, Lagos Island, has been arraigned before the Igbosere Magistrate’s Court on a three-count charge of obtaining money under false pretense. naijagists.com

The police at Zone 2 Command, Onikan, Lagos alleged in the charge sheet No. F/42/2011 that the accused was arrested following a written complaint by Godwin Abu Oko, that the accused falsely represented himself to him as a police officer working at Zone 2 Police Command Headquarters, Onikan, Lagos, and obtained N1million from him to help him process and approve his petition, an information he knew to be false.

Following the information, the police swung into action and arrested the accused at a hide out.

After investigation, he was charged to court for stealing, the offence according to the prosecutor S. Molo are punishable under section 378, 312 (3) and 285 of the Criminal Code Laws of Lagos State, 2011.

The accused pleaded not guilty to the charges and the presiding magistrate, Mrs. Awope, admitted him to bail in the sum of N100,000 with two sureties in like sum. The trusties must provide evidence of tax payment to the Lagos State government for the past three years.

She adjourned the matter till 23 January, 2012 for mention.

The accused was remanded in Ikoyi prison when he could not perfect his bail conditions before the court closed for the day.