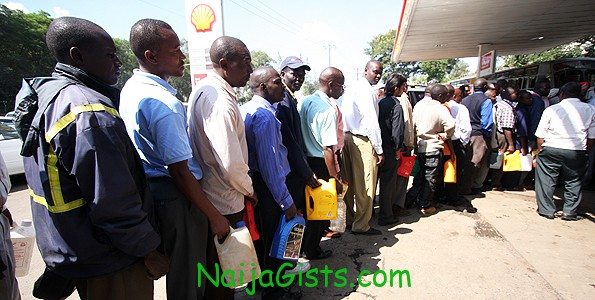 Crazy line up at filling stations

The current situation in Lagos state  Nigeria is tensed.

Naijagists.com reporters went around the state on Monday morning to access the situation of things. Below are their findings naijagists.com

The roads are deserted 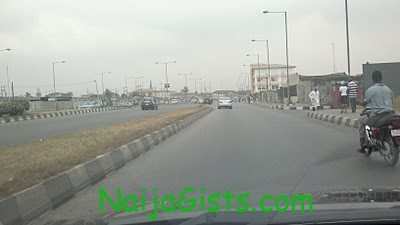 Several Petrol stations are selling petrol for $148 per litre while others are empty. 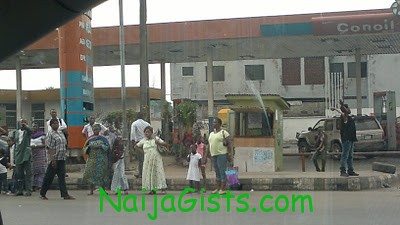 Coke is now selling for 100 Naira

Transport fare from Yaba To Ojota used to be N100, it now costs N300

The standard of living in Nigeria today is too high for an average family.

How can someone earning N10, 000 survive with all these.

A mother of 3 earning N15,000 will definitely have to starve to take care of her children.

A big shame on these dumb ass government.