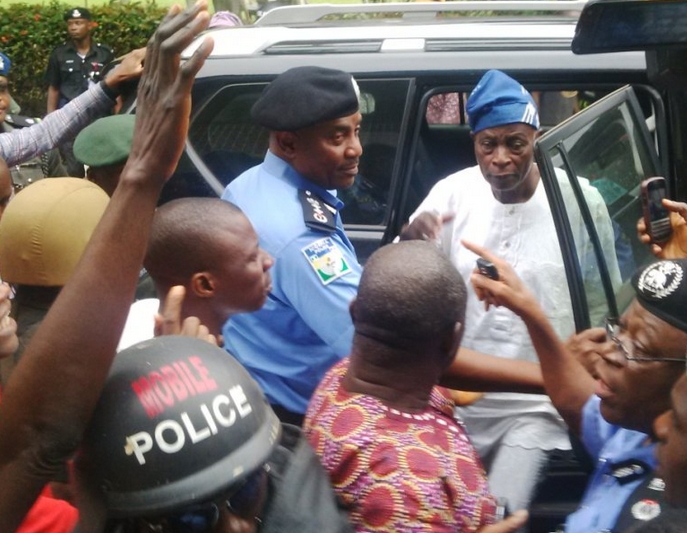 Check out what a furious family member of Chief Olu Falae said about his kidnap saga.

“I wonder why people don’t investigate well be­fore talking. It will be very unfair to give any kudos to the police over Chief Fa­lae’s release having being held hostage for four days.

“If we relied on Police to rescue Baba and ignored his abductors on the ran­som they demanded by now we would have been telling another story. But we thank God our Baba came back alive.”

The source did not dis­close the actual amount paid but said the family had to appeal to the hoodlums to spare Falae’s life saying the kidnappers threatened seriously.

“So, in this kind of de­velopment, we should wait and be listening to the po­lice? My brother, forget. As far as I know, the police didn’t play any role in his release. The family played ball with the abductors, and they took him back to his farm where he was kid­napped and dropped him there. “Baba even said it when he got home that af­ter the abductors had con­cluded their arrangements with his family, they took him back to his farm at Ila­do and dropped him there.

“Baba said when his abductors dropped him, he trekked several kilo­meters from his farm to a hotel in owo where he met some policemen and in­troduced himself as Chief Olu Falae. That was how the Police got to know of his release and hijacked the whole process as if they are the one who rescued him. Only an unreasonable person will still give kudos to the police for the Chief’s release. We know who and who we should thank, not the police,”.

You need to hear how Arase took all the credit for Olu Falae’s release. He even claimed Falae’s family didn’t pay any ransom.