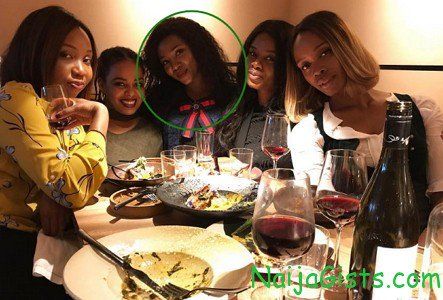 Nollywood diva Genevieve is currently on the set of a new movie titled “Farming”.

The Hollywood movie which started in August is being directed by Nigerian born British actor Adewale Agbaje.

The film is based on Adewale’s autobiographical story, “Farming.”

The script was developed at the Sundance Film Institute and chronicles his own coming-of-age story growing up fostered by a white working-class family in the U.K.

In the film, the lead character is sent to the U.K. by his parents in hopes of achieving a better life.

Instead, he becomes the feared leader of a white skinhead gang in 1980s England. When all seems lost and he spirals into self-destruction, a benevolent teacher (played by Mbatha-Raw) offers him one last chance at redemption.

Omotola Jalade: I Lost My Dad When I Was 12 & Worked Hard To Care For My Mother
Afeez Owo Abiodun, Ijebu, Fathia Balogun & Others At The Launch Of Oyita Classic Band[PHOTOS]