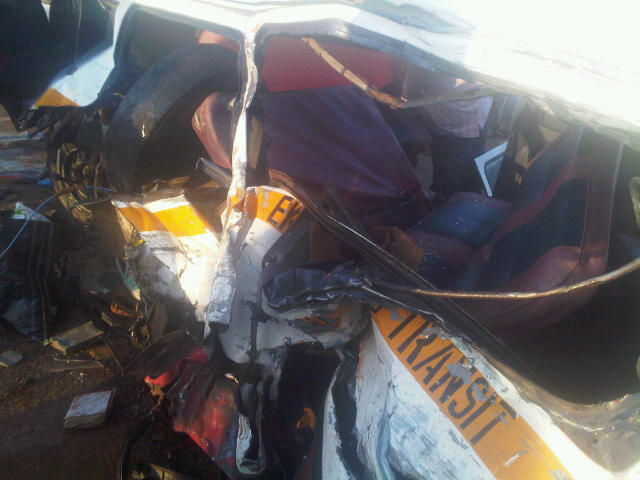 A truck driver lost control of the vehicle after its brake failed and killed many people on Sunday evening at a market in Umuchu town in Anambra State, southeast of Nigeria.

At least 25 died at the spot and more than 40 people were seriously injured and were rushed to various hospitals in the area.

The chance of survival was uncertain as many injured victims reportedly died on the way to hospital.
The incident happened at a village market called Afor in Ibughubu, Umuchu in Aguata local government at about 5.30 pm.

The victims mostly the indigienes had gathered at the market square to watch masquerades after the their annual new yam festival held the previous day when the incident happened.
The causality included some masquerades hit by the trailer and they died at the spot.

Apart from the dead and injured victims, many properties were destroyed including market structures and vehicles parked within the market.

We gathered that the driver of the trailer loaded with plank lost control after the trailer’s brake failed as the vehicle was descending a slope on the expressway by the market.
The driver and his assistant who survived the accident were apprehended by the angry youths in the community who wanted to mob them.

Community leaders rescued and handed them over to the police at Umuchu division.
Three ambulances and police vehicles raced to the scene and conveyed the corpses to the mortuary and ferried the injured to hospitals.

The community has been thrown into mourning because many families lost their loved ones.