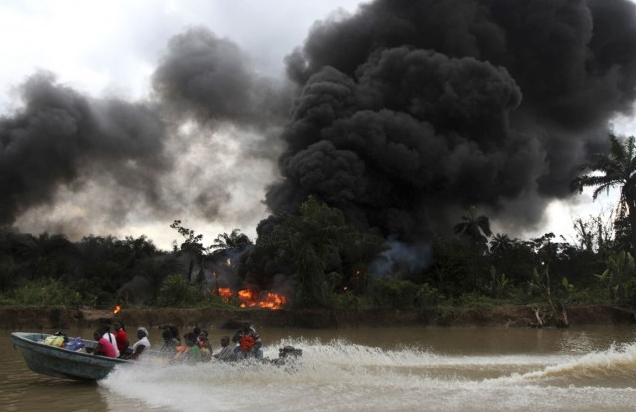 He said that the camps, numbering about 50, as well as a boat used to convey the stolen crude for refining, were destroyed during the raid on the oil thieves.

“There is no room for criminals in the waterways any more; we are flushing them out,” he said.

He advised youths in the area to engage in legitimate business as the Navy was poised to deal with all forms of illegal activities in the region.