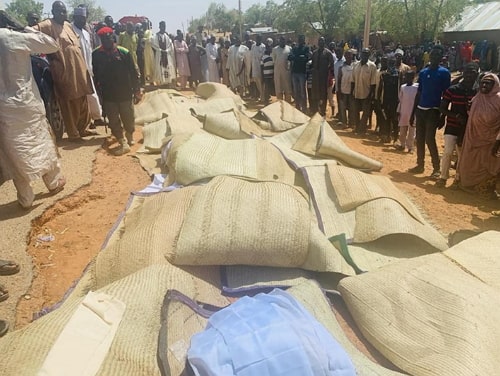 According to reports, the accident occurred after the driver of 18-seaters Toyota bus from Jahun to Shuwari market in Kiyawa local government area lost control and bumps into a black market petrol seller on the road side.

An eye witness told The Nation that “the driver lost control, ran into a black market petrol seller on the road side after which the vehicle went up in flames and all the occupants bunt to death”. 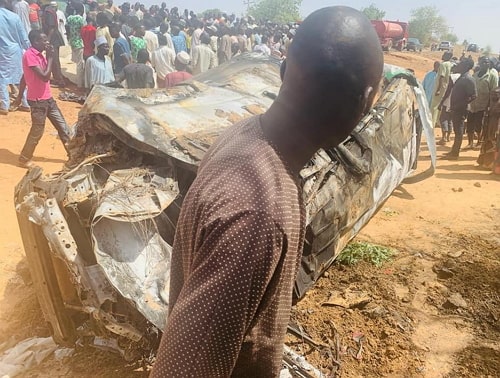